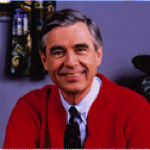 A Beautiful Day in the Neighborhood

Cerebral palsy did not affect this young man’s mind, but it affected his motor skills and his ability to speak. The boy could only communicate through typing on his computer.

In addition to his physical disabilities, the boy suffered emotional problems after some of his care givers callously abused him. Overwhelmed with self-hatred, the boy often hit himself. Using his computer, he wrote to his mother that he wished he could die.

There was one thing that seemed to bring the boy comfort: watching “Mr. Roger’s Neighborhood.” The kindly, mild-mannered Mr. Rogers emphasized that all people are valuable and worthy of love. His calming demeanor and accepting message touched the boy’s heart and gave him hope.

One day a children’s foundation set up a meeting between the boy and his hero, Mr. Rogers. Upon meeting Mr. Rogers, the boy became so nervous that he began hitting himself, and his mother had to take him to another room to calm him down.

When he returned, Mr. Rogers carried on their conversation as if nothing had happened. And then Mr. Rogers ended the conversation by asking the boy a very special favor: would this boy pray for him? The boy was floored by this request. Would he pray for Mr. Rogers?

He had always been the object of someone else’s prayers. But from that day forward, the boy began praying for Fred Rogers, and he experienced a new sense of hope and self-esteem through this act of praying for a man he so admired. A God Touch When Tom Junod complimented Fred Rogers on this idea, Rogers reacted with surprise. He had been sincere in his request for the boy’s prayers. As he said, “I didn’t ask him for his prayers for HIM, I asked for me.

“I asked him because I think that anyone who has gone through challenges like that must be very close to God. I asked him because I wanted his intercession.” Please watch for the upcoming Christmas movie: “A Beautiful Day in the Neighborhood,” staring Tom Hanks as Fred Rogers. The movie script is based on the story written by Tom Junod. 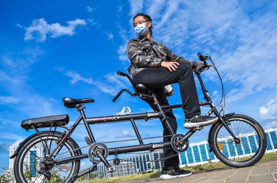 The Road of Life

At first, I saw God as my observer, my judge, keeping track of the things I

All Evil in Just One Word

I was very saddened on Saturday, January 23rd to learn of the passing of Larry King

A well-to-do family built a huge home next to the Amish community in Indiana. The Amish