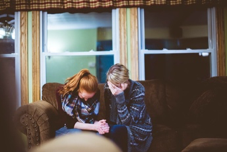 A Cure for Depression

A university professor was invited to speak at a military base. A soldier was sent to pick up the professor at the airport. After they introduced themselves, they headed for the baggage claim. As they walked down the concourse, the soldier kept disappearing.

Once to help an older woman whose suitcase had fallen open. Once to lift up two toddlers who had fallen and again to give directions to someone who was lost. Each time the soldier came back to rejoin the professor with a smile on his face as they kept walking along.

“Do you always do that? Are you trained to do that?’ asked the professor. “Well, during my tour of duty in Iraq I had to clear the roads of IED’s,” he explained. “Somehow I survived. Some of my friends were blown to bits before my eyes. I learned to live life between the steps I took. I never knew whether my next step would be my last, so I learned how to put everything I could into the moment between when I picked up my foot and put it down again. With every step I saw a whole new world. I guess I’ve been that way ever since.”

I think this is what Jesus is trying to get across in today’s Gospel (Matt. 25:14-30). Each and every one of us has been given talents, five talents, two talents, or one talent. It doesn’t matter what talent you’ve been given, it’s what you do with the talents you’ve been given that matters.

By talent, I don’t think Jesus was talking about a fantastic skill that a sports figure or a singer has. God never demands of us to use what we don’t have. Rather, God demands that we use fully what he’s given us. None of us are equal in talent, but we can all be equal in effort. The soldier’s talent was helping people as he crossed paths with them at the airport. Mother Teresa said: “Do what is in front of you.”

The one servant in the parable is punished is because he did not try. A reporter one day asked Dr. Karl Menninger, the noted psychiatrist, what he would recommend for a patient who was suffering from deep depression. He said that the person should go and help out in a hospital, nursing home or orphanage. The only cure for depression he said was getting off worrying about yourself and helping others.

A little girl and her mother were shopping all day in a mall. As they made their last purchase and got ready to leave, the saleslady handed the child a lollipop. “What do you say?” prompted the mother. “Charge it!” the little girl replied. For all that God has given to you and me, hopefully we will say, “Thank You, dear God!”

How often every day do you say, “Thank You, dear God!”

IF GOD ALWAYS MET YOUR EXPECTATIONS, GOD WOULD NEVER HAVE TO EXCEED THEM.