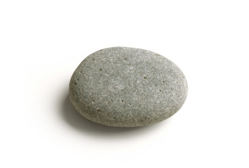 A Different Kind of Life!

There is a Peanuts Cartoon where Lucy is chasing Charlie Brown.

Lucy is shaking her fist at him and screaming, “I’ll get you Charlie Brown, I’ll get you! I’m going to knock your head off.” Charlie Brown screeches to a halt and in a mature way says,“Wait a minute, Lucy, you and I are small children with small problems. If we can’t sit down and talk through our problems with love, understanding and respect – how can we expect the great nations of the world to talk things through?”

“POW!”  Lucy slugs Charlie Brown and says, “I had to hit him quick. He was beginning to make sense!”

Isn’t this what is sadly going on all around us? This is what close-minded people do. They don’t want to listen to another person’s point of view. So they hit them quick. Anybody who disagrees with them is the enemy. The enemy must be silenced! We see this from top to bottom in our world today. And very sadly, the enemy they often want to silence – is God!

In today’s Gospel (John 8:1-11) the Scribes and the Pharisees drag a poor woman in front of Jesus and a large crowd. She has committed adultery and the Law of Moses said she should be stoned to death.

We can ask, “Where was her partner?” The Law said they were BOTH supposed to die. Women are always treated unfairly, so they must have let him slip away.

Imagine the poor woman! She was terrified and humiliated in front of a large crowd. People were laughing at her and cursing her. They were ready to throw stones at her and kill her.

Fortunately, the Scribes and the Pharisees had brought her to the right person – Jesus! The Sympathetic Savior! The Friend of Sinners!

These so called “religious men” were like the “holier-than-thou people” of today. They didn’t care about the woman one bit. All they cared about was their own agenda – that she was a sinner. But they met their match in Jesus. We all do! Jesus refused to play by their rules. Why? Because Jesus loves sinners!

Jesus kneels down and writes in the sand. What he wrote – we’ll never know. Maybe Jesus wrote the names of their girlfriends. But it sure got their attention. He got up and said: “Let the one among you who is without sin be the first to throw a stone at her.” Jesus called their bluff. They were hypocrites. They were condemning her for what they were guilty of.

When you point a finger at someone else, you are pointing three fingers at yourself. The shouting stopped. You could hear the stones drop and the shuffling of their sandals.

But you do have to give them credit for dropping their stones and leaving. Lots of people never do that. Just turn on cable TV today and witness all the stones that are being thrown. This makes the ratings go higher and higher and the stone-throwers salaries go up and up.

Jesus is so totally different. Jesus hates the sin without hating the sinner. You and I usually hate the sinner as well as enjoying our gossiping about the sin.

Jesus says to the woman: “Go and sin no more.” That seems like an impossible challenge for any human being. But what Jesus was saying to her was: “I believe in you! Go and make a different kind of a life for yourself!”

Jesus is saying the very same thing to you and to me today: “Put down your stones! Your sins are all forgiven! I believe in you! Go and make a different kind of a life for yourself!”

What do YOU hear Jesus saying to YOU as YOU listen to these words of Jesus today?

SURE GOD CREATED MAN BEFORE WOMAN, BUT YOU ALWAYS MAKE A ROUGH DRAFT BEFORE CREATING THE FINAL MASTERPIECE!

God’s Face Is Towards Me!

Do you feel insecure as we go through this Advent season? You do if your marriage

Pick Up the Baby!

You may remember the humorist Sam Levinson. Sam tells the story of the birth of his