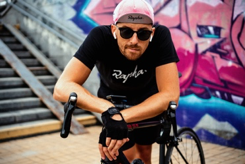 A few years ago a story came out in the news about two men living in Lincoln, Nebraska.

One of them, a man named Larry Trapp, was, you might say, walking in darkness. It might be more accurate to say that he was sitting in darkness, for he was wheel-chair bound, and diagnosed with a fatal disease. The darkness he was in was not caused by his disease, but was the result of hatred. Larry was a Grand Dragon in the Nebraska Ku Klux Klan.

The unfortunate focus of his hatred, the other man, happened to be a Jewish cantor named Michael Weisser. Larry harassed Michael with threatening phone calls and a barrage of hate mail. His goal was to get him out of the community.

Michael decided to take a bold approach; to confront his tormentor. He decided to call Larry on the telephone.

“I just kept leaving messages on his answering machine,” says Michael, “until finally one day, Larry Trapp, in a fit of anger, picked up the phone. ‘What do you want?’ he said. ‘You’re harassing me! My phone’s got a tap on it.’

“I was real quiet and calm” says Michael. “I said I knew he had a hard time getting around and thought he might need a ride to the grocery store.

He just got completely quiet, and all the anger went out of his voice, and he said, ‘I’ve got that taken care of, but thanks for asking.'”

The remarkable end of the story is that the two men eventually became friends. The Weissers, this Jewish couple, would have Larry, former grand dragon in the KKK, over for dinner. Amazing! Someone who was so full of hate.

Eventually, Larry decided to devote the time he had left to freeing others from the destructive power of hatred and bigotry.

And the people of Lincoln, Nebraska, and other places saw a great light, the light generated by a sudden reversal, a change of heart, which in turn was caused by someone reaching out, not responding in kind.

Both love, when it is practiced, and hatred, when it is destroyed, give off a great light.

Special thanks to Philip S. Windsor for this story.

Think of a time when YOU showed this kind of love that destroyed hatred and brought light into our world?

Please check out how Jesus destroys hatred today in THE GATHERING…. 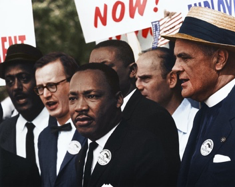