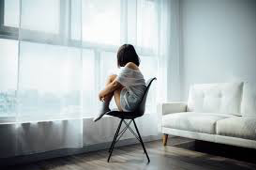 ACEDIA is What You Are Feeling

I’ve never heard of or ever used the word, acedia. Until now, I have had no idea what the word acedia means. Yet understanding the meaning of acedia is so important to what we are going through with the coronavirus pandemic.

The spiritual author Kathleen Norris wrote a book entitled, Acedia & Me: A Marriage, Monks, and a Writer’s Life in 2008. She talks about what the desert monks of the 4th century went through when they withdrew from society and lived in isolation in a monastery.

Norris says that these ancient monks had to deal with acedia – a sense of restlessness and spiritual unease with an ever present urge to escape the harsh routines of their monastic life.

Today, many millions of Americans are forced to live as hermits and live a monastic life. During this era of the coronavirus and isolation, many of us will face what the desert monks of the 4th century described as acedia. Norris says that much of the world can look to those ancient monks for insight and inspiration.

The word acedia was prevalent in the 4th century and re-emerged during the 14th century European plagues. In today’s crisis, the experience of isolation can aggravate feelings of acedia. Norris says acedia is a lot like the pandemic, but in a spiritual sense. It spreads rapidly through confined quarters.

For some people, being forced to spend long hours with family members can be hellish. When acedia strikes, it creates an urge to lash out. There are many reports of a rise in domestic violence. “It’s the feeling of being totally bored and totally restless. It’s a horrible combination,” said Norris. Like it or not, many of us are being forced to experience acedia.

Acedia is not clinical depression. But it is accompanied by sadness, which Norris says comes toward the end of a bout with acedia. The medieval monks often cited Psalm 91, to describe the feeling of being afflicted by a noonday demon. But it can strike any time, said Norris.

So how do hundreds of millions of newly minted, if reluctant, “monks” cope with a feeling of acedia?

Norris says it really is important to establish a daily routine. Monastic living is built around a routine, for a good reason. Times are set aside for morning prayer, mealtimes, afternoon prayer and work.

Norris has other bits of advice: “Take a shower and wash your hair every day. Men who shave, should shave every day. Little items of grooming, when neglected, can create a feeling of  ‘Why bother?’”

“Take a walk, keeping in mind social distance concerns,” says Norris. “There is nothing wrong with simple pleasures as well. I provide myself with enough chocolate to keep going.”

When the demons lurk, Norris suggests prayer and the prayerful reading of the psalms. Even when a psalm does not connect with a particular experience, she suggests to keep on reading “until you find a psalm that speaks to your mind. Every human emotion is there.” The psalms speak to varied human emotions, including anger.

Norris notes that parents of young children have a different experience, engaged in the work of keeping children busy and learning. Those demands are in addition to what other adults are going through.

Norris suggests taking opportunities not to be totally self-absorbed —

She makes a point of thanking her postal deliverer for working during the pandemic. She connects via social media to her 4- and 6-year old nieces, who tell her jokes, often bad ones. Such little interactions are a way of moving out of self-absorption.

Norris suspects the pandemic will not be an easy time as a vibrant society learns the art of quiet and reflection. It will be a forced lesson in many cases. “There is no place to run to. That is one of the hardest things for us.”

The desert monks were aware of the temptation to flee. When one of their number would flee to Alexandria for some urban pleasures, the older monks would counsel that the community welcome him back. They recognized the temptation.

Norris worries about the isolation of older people, especially those in nursing homes. Many are forced to eat their meals alone, in their rooms. That is a debilitating experience. She notes that eating meals outside the community was considered punishment in monastic life.

“Most people wouldn’t know the word acedia,” acknowledged Norris. “It isn’t just depression. It isn’t just boredom. It’s a lot of things.” A world thrust into monastic life is now forced to know what the ancient monks recognized as a spiritual virus.

Thanks to Peter Feuerherd of the National Catholic Reporter.

On this Holy Thursday, what has been the worst part of suffering from acedia for you?

Have you established a new daily routine that has been beneficial?

Have you been plagued with “Why Bother?”and neglected your personal hygiene?

What types of prayer have been most beneficial to you?

Have you been thanking all those who are risking their own well-being to serve you?

Are you staying connected with others?

Are you staying connected with Jesus? 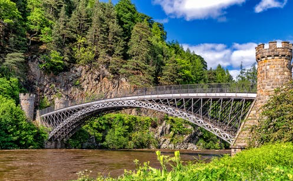 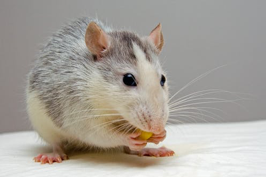