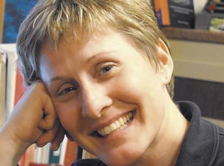 And The People Stayed Home

And the people stayed home.

And read books, and listened, and rested, and exercised, and made art, and played games, and learned new ways of being, and were still. And listened more deeply. Some meditated, some prayed, some danced. Some met their shadows. And the people began to think differently.

And the people healed.

And, in the absence of people living in ignorant, dangerous, mindless, and heartless ways, the earth began to heal.

And when the danger passed, and the people joined together again, they grieved their losses, and made new choices, and dreamed new images, and created new ways to live and heal the earth fully, as they had been healed.

It took Kitty O’Meara about 20 minutes to write a soulful description of the world staying at home during the COVID-19 pandemic.

It took days for her words to become a global sensation, attributed to someone else.

First widely shared on Facebook, then read by Deepak Chopra and mentioned in Oprah Winfrey’s magazine, the poem begins with the line “And the people stayed home.”

It goes on to imagine people using self-isolation to read, listen, rest, pray, meditate, dance and make art, and to emerge regenerated and healed. The work will be published as a children’s book this fall, and the words of “In the Time of Pandemic” have been set to music and used in video compilations by people all over the world.

O’Meara, a retired chaplain and former teacher at Saint Joseph’s Catholic School who lives with her husband and five dogs near Madison, Wisconsin, said she composed the verse as a way of coping with the stress of the pandemic.

Its tone was spiritual and contemplative, much like the essays she’s been writing on her personal blog since 2011. So she was surprised when confusion over its authorship turned her words into something of an urban myth, leading to a Snopes.com entry confirming that she wrote it, not another writer in another century.

O’Meara spoke with the Deseret Newsabout her inspiration for the piece and how self-isolating has changed her, personally. The conversation has been edited for clarity and length.

Deseret News: You’ve been blogging since 2011. Is this piece your favorite?

Kitty O’Meara: Oh, no. (Laughs.) It’s the most powerful, I guess, in the world. It was just something I was feeling and wrote and posted on Facebook. I didn’t really consider it a poem, even. It was just a piece that I was feeling. It didn’t leave me amazed.

DN: Did the response, at least, leave you amazed?

KO: I do not take credit for this. I know that a greater power than I seized my words, my spirit, the moment and put it out there. I really don’t take the credit other than that I was receptive and I wrote it and I posted it. I am not Gerard Manley Hopkins or Dylan Thomas or T.S. Eliot or Mary Oliver. I just posted it, and off it went.

DN: Somehow, people started saying that this poem was written in 1869, by a woman named Kathleen O’Mara. What was it like to see your words attributed to someone else?

KO: Kind of weird. Even my local paper published it as someone else’s, in a syndicated column. And one Sunday afternoon, we turned on the TV to catch up on the news, and one of the broadcasters on MSNBC read it and said it was from the pandemic in 1890, and I said, ‘I give up. Don’t journalists research anything anymore?’

But there’s also the balance of a husband who makes me laugh, and friends who know me, and a lot of people who know that this could have only come from me. That’s the kind of thing I’ve said and written forever. That’s all that really matters, that and the fact that hundreds of people have written me and said it offered them comfort and peace.

DN: You wrote that people learned ‘new ways of being’ by staying at home. How has this time changed you?

KO: It’s forced me to be faithful to practices that nurture me, rather than just talking about them. I talk a real good game about meditating when I’m offering spiritual direction, but to actually take the time and do it twice a day is something I’ve become more faithful to, and I believe has yielded things I expected it would.

In what ways has the coronavirus WOUNDED YOU?  Why do you say that?

In what ways has the coronavirus HEALED YOU?   Why do you say that?