After all, what does polarization require? Two poles. By that I do not mean two people or groups of people who disagree with each other. That is actually what democracy requires. What polarization requires is two people or two groups of people who disagree, each of whom believes that the other is entirely at fault and is politically, philosophically and perhaps even morally irredeemable. This is the fault line of our contemporary politics, the result of our choices.

Pope Francis sees this clearly for what it is. The phenomena involved in polarization reflect a deeper spiritual crisis in modernity, within you and within me. That is why this is the most important thing that Pope Francis has ever said about politics: “I am a sinner.” The first question he was asked in his very first interview, which we published in America Magazine, was “Who is Jorge Mario Bergoglio?” To which the pope replied: “I am a sinner.” I suggest that this is where we should start the reform of our politics, by recognizing our individual complicity in the sin of polarization, by what we have done and by what we have failed to do, and by asking for the grace to change.

I appreciate that this may not be what we want to hear. But this is our best hope. As long as you believe that the problem is someone else, then there is nothing you can do about it, and you will continue to feel helpless and at the mercy of forces beyond your control. But if we are all able to acknowledge how we are a part of the problem, then we can begin to imagine how we might be part of the solution.

We can begin the conversation by focusing on what we all have in common rather on our differences, a move that is itself subversive of polarization.

What is the issue at its heart? Pope Francis told us when he addressed the U.S. Congress: “The contemporary world, with its open wounds which affect so many of our brothers and sisters, demands that we confront every form of polarization…. We know that in the attempt to be freed of the enemy without, we can be tempted to feed the enemy within. To imitate the hatred and violence of tyrants and murderers is the best way to take their place.”

“The enemy within” is nothing more than our age-old nemesis: fear. We are afraid. All of us. And that’s good news too, because it means that we all have something else in common and an additional means of relating anew to each other, by the grace of God. To do that we simply need to do what God, through the risen Christ, is always urging us to do anyway: “Be not afraid.”

Fr. Matt Malone, S.J., is the President and Editor in Chief of America Media. This article appeared in America Magazine, April 30, 2018

Have YOU stopped watching news channels that feature opinions with which YOU disagree? 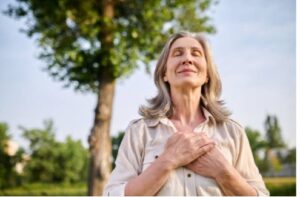 A Poem of Truth!

The famous anthropologist Margaret Mead was once asked this question: What was the earliest sign of civilization