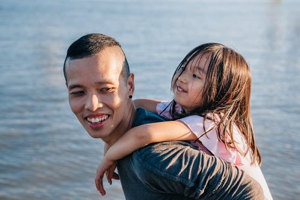 Carry Someone With You!

There was a tribe of Native Americans who lived a long time ago in the state of Mississippi.

They lived next to a very swift and dangerous river. The current was so strong that if somebody happened to fall in or stumbled into it they could be swept away downstream.

One day the tribe was attacked by a hostile group of settlers. They found themselves with their backs against the river. They were greatly outnumbered and their only chance for escape was to cross the rushing river. They huddled together and those who were strong picked up the weak and put them on their shoulders: the little children, the sick, the elderly and the infirm.

Those who were ill or wounded were carried on the backs of those who were the strongest. They waded out into the river, and to their surprise they discovered that the weight on their shoulders carrying the least and the lowliest helped them to keep their footing and to make it safely across the river.

Jesus was often trying to teach his disciples about greatness, about servanthood, and about leadership. Jesus was saying to them and to us today,  “Have you lost the childlike joy and love and faith that once were yours?”  He was also saying to them and to us,  “If you want to walk on secure ground in this world, it helps to carry someone with you over the dangerous places.”

Thanks to King Duncan for these thoughts.

Who have YOU helped to carry during this time of COVID-19 and the pandemic?

Many people are asking me whether or not the schools, hospital additions and homes that we have built in Haiti with Food for the Poor over the past 16 years have been destroyed or damaged by Saturday’s 7.2 earthquake. I just got off the phone with Delane Bailey Herd from Food for the Poor. She reminded me that all but one of our projects were not in the peninsula where the earthquake hit. The one exception is the school we built in Mouillage Fouquet about 10 years ago at the end of the peninsula. It may be a while with the roads being so bad before we find out the condition of this school.

Delane stressed the gratefulness and the appreciation to our donors with the Bernard Mevs Hospital in Port au Prince. Just today 46 very sick people were flown in from the earthquake areas to Bernard Mevs. For several years we raised hundreds of thousands of dollars to build a new operating room, recovery rooms, etc., etc. Without knowing it, hundreds of people in the Chicago area who have given to our projects over the years, are saving lives today at Bernard Mevs Hospital after the earthquake. Thank you ever so much!! You are making a difference!!

Les Cayes and Jeremie are two cities and areas that have been hit the hardest. Most if not all of the churches there have been destroyed or badly damaged. The same can be said for most of the hospitals there. Cardinal Chibly is the bishop of Les Cayes. He was having breakfast last Saturday morning at 8:30 am with another priest in the rectory when the earthquake hit. They were able to make it out, but another priest did not, nor did two women working in the rectory. Cardinal Chibly was injured, but hopefully not severely. We are hearing that 1.2 million people have been dramatically affected by both the earthquake and Tropical Storm Grace. Almost all of a million people have been staying and sleeping outside with fears of the aftershocks!!! The few highways into the affected areas are blocked.

If you would like to help with the relief efforts for the people in Haiti, please go to www.FoodforthePoor.org or click on: www.foodforthepoor.com/helphaitinow. I have been working with Food for the Poor for 17 years. Their administrative costs are very low and they get the job done!

GOD’S LOVE IS LIKE AN OCEAN. YOU CAN SEE ITS BEGINNING, BUT NOT ITS END! 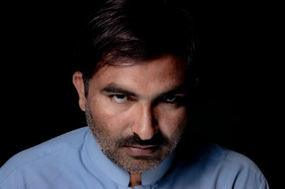