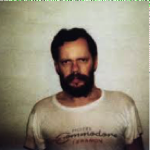 You may remember hearing about Terry Anderson. He was the journalist who was held as a hostage in Lebanon along with others for 2,454 days from 1985 to 1991.

Terry had been raised in the Catholic Church. Even though he had not been a practicing Catholic for years, however, the Bible was given to him during his captivity. He said it came to him as a gift from heaven. He read. He pondered his life. He had lots of time to ponder his life.

He began a litany of confession in his mind. He confessed that he had hurt his first wife and daughter. He had made many mistakes. He had been a very arrogant person. He wasn’t sure that people liked him much. He wasn’t sure he liked himself very much.

Later in the first year of his captivity Anderson became aware of the fact that other hostages were living next door. One was a priest. Father Lawrence Jenco. He asked his captors if he could see the priest. “I am a Catholic,” he told them. “I want to make a confession.” A God Touch

His wish was granted. Father Jenco came to his room. They both took off their blindfolds. Anderson hardly knew where to begin. It had been 25 years since he had made his last confession. Father Jenco was encouraging. Anderson began reciting to this priest the sins he had been reflecting upon.

There was much to confess. A bad marriage. Chasing women. Drinking. Anderson found it a very emotional experience. When he finished both he and Father Jenco were in tears. Father Jenco then laid his right hand upon Anderson’s head. “In the name of a gentle, loving God, you are forgiven,” the priest proclaimed.

Terry Anderson’s faith deepened immensely in his hostage years. This moment of confession with Father Jenco, however, was his first formal step back into the church. Self-reflection had grown within him out of the darkness of his hostage encounter. It was time to face the light. It was time in his life for a turnaround. A God Whisper

About five years ago I had a most unusual situation happen to me while I was sitting hearing confessions in the confessional. A man came in and knelt down in the darkness behind the screen. He not only spent five minutes going over all his sins, but he also provided all the underlying motives and insights to what he had done or not done.

After a few moments my heart started to race and I was breathing deeply. I could not believe what I was hearing. Every single thing he mentioned along with his motives and insights WAS ME. He was also making a confession of my sins but not merely on the surface level. There was a depth there that I had never heard before in confession. There was a depth there I never realized existed within me. What I heard SHOULD HAVE BEEN ME TALKING. It was as if God had sent me an Angel of Conscience.

When he finished I asked him if he was from the local neighborhood. No, he said, he had just gotten out of prison after eight years. He said that in prison he had nothing to do but think, reflect and pray. When he said that, I heard more of my own story. I just don’t take and make the necessary time to really get into the depths of my soul. From the day the Lord sent me his Angel of Conscience, I have made some efforts to better get to understand my inner life and my spirit which I pray will live forever with the Lord.

Have you had any similar experiences in your life? 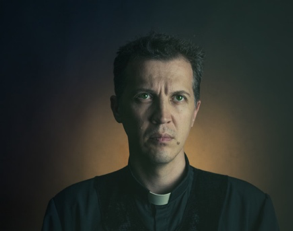 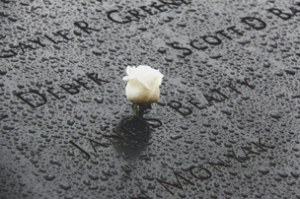 September 11th: A Poem   Might it be, as my mother said to me on this ugly,