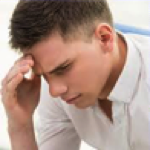 God Will Find You!

But when the day of Pentecost happened and the Church was born, there was no Church as we know it today. There was a fisherman named Peter who often blundered. The apostle Paul sometimes had to correct him.

The organizational growth that came centuries after Pentecost had the unfortunate effect of making people identify the Church with the real estate, the bureaucracy, the rules, the laws and the titles, instead of with its people.

We have to remember that the Holy Spirit came upon the people, ordinary people, like you and me that 1st Pentecost. They were filled with the power of the Holy Spirit and the Church was born.

The late Fr. John Powell, S.J., tells the story of how the Holy Spirit found him and one of his students and so deeply touched both of their lives.

The college student was named Tommy and one day he showed up for his Theology of Faith class that Powell was teaching. Tommy had hair down to his shoulders and wound up being the “atheist in residence” in the class. Tommy was always objecting and smirking at a God who loved us unconditionally. In class he went out of his way to be a pain in the neck.

On the last day of class, Tommy tossed the final exam on Fr. Powell’s desk and said with a cynical tone of voice: “Do you think I’ll ever find God?”

Fr. Powell retorted with a little shock therapy and said, “No, I don’t think you’ll ever find God, but I’m absolutely certain that God will find you.” Tommy shrugged and left.

A couple of years later there was the sad report that Tommy had terminal cancer. One day he came to see Fr. Powell. His body was wasted. All of his hair had fallen out due to chemotherapy. They sat down and talked.

Powell asked him what it was like to be only 24 years old and to be dying? “Well it could be worse,” he said. “How could it be worse?” Fr. Powell asked.

Tommy continued, “I remember asking you if I would ever find God and you said NO. But God would find me. I’ve thought about that a lot. When the doctor removed the lump from my groin and said that it was malignant and had spread everywhere, I got serious about finding God.

“I began banging my bloody fists against the bronze doors of heaven. But God did not come out. In fact, nothing happened. So I quit trying. I decided I really didn’t care about God or the afterlife. I decided to spend what time I had left doing something more worthwhile.

“I remembered you talking about our greatest sadness is going through life without loving. So I started with the hardest one of all – my father. When I approached him he really didn’t want to talk. But I said to him, ‘Dad, I love you. I just wanted you to know that.’

“He began to cry and he hugged me. He had never done that before. We talked all night, even though he had to go to work the next morning. It felt so good to hear him say he loved me.

“It was easier with my mother and my little brother. We shared things we had kept secret for so many years. Here I was in the shadow of death and I was just beginning to open up to the people I was the closest to.

“Then one day I turned around and God was there. He didn’t come to me when I pleaded with him. I guess I was like the animal trainer saying, ‘Come on, jump!’ But God doesn’t do things that way. God found me even after I stopped looking for him.”

“Tommy,” Fr. Powell exclaimed, “You are saying what we all eventually wind up saying: ‘The surest way to NOT find God is to make God our private possession, our problem-solver, our instant consolation in time of need.’ But by opening ourselves up to God’s love, God will always find us!”

So here we are on Pentecost Sunday!! It’s not Christmas or Easter. It’s Pentecost, the birthday of us Christians who make up the Church. So what do you believe?

On this Pentecost, I believe that the Holy Spirit is a whole lot busier in my life than I could ever imagine!! 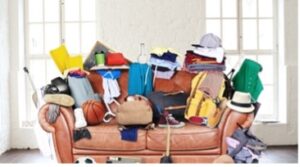 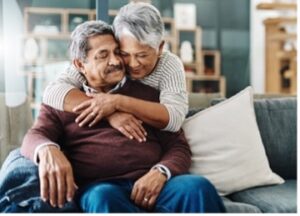 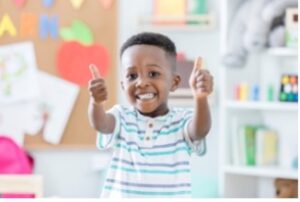