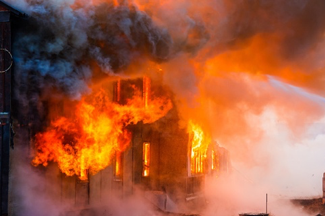 Thomas Edison invented the microphone, the phonograph, the incandescent light, the storage battery, talking movies, and more than 1,000 other things.

By December, 1914 Edison had worked for 10 years on a storage battery. This had greatly strained his finances. One evening spontaneous combustion broke out in the film room. Within minutes all the packing compounds, celluloid for records and film, and other flammable goods were in flames. Fire companies from eight surrounding towns arrived, but the heat was so intense and the water pressure so low that the attempt to douse the flames was futile. Everything was destroyed. Edison was 67-years old when this happened.

With all his assets going up in a whoosh (although the damage exceeded two million dollars, the buildings were only insured for $238,000 because they were made of concrete and thought to be fireproof), would his spirit be broken?

The inventor’s 24-year old son, Charles, searched frantically for his father. He finally found him, calmly watching the fire, his face glowing in the reflection, his white hair blowing in the wind. “My heart ached for him,” said Charles. “He was 67-years old and no longer a young man. Everything was going up in flames.

“When he saw me, he shouted, ‘Charles, where’s your mother?’ When I told him I didn’t know, he said, ‘Find her. Bring her here. She will never see anything like this as long as she lives.'”

The next morning, Edison looked at the ruins and said, “There is great value in disaster. All our mistakes are burned up. Thank God we can start anew.”

Three weeks after the fire, Edison managed to deliver the first phonograph.

Thanks to Charles Swindoll for sharing this.

Besides his creativity and his many wonderful inventions, what did Thomas Edison possess that YOU and I do not? 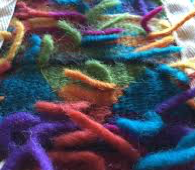