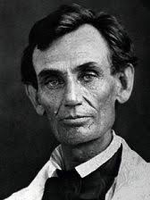 There is something about standing in the Lincoln Memorial in Washington, DC and reading the Gettysburg Address and the Second Inaugural Address which gives you goose bumps.

One line in the Second Inaugural reminds you what a caring and compassionate man Lincoln was. He was speaking about the coming end of the War and he said: “With malice toward none; With charity for all.”

Instead of lashing out against the South, he spoke of the horrors of war being over. He spoke of families getting back together. He spoke of a time of peace. Then he said, “In a few moments I want the band to play and I’m going to tell them what I want them to play.”

Of course, the band started getting the “Battle Hymn of The Republic” ready to play. This had been the theme song of the North throughout the Civil War.

But Lincoln crossed them up. He stood there and said: “The band will now play the theme song of the people we have called our enemy. They are not our enemies anymore! We are one people again. I want the band to play ‘Dixie.'”

Historians say there was a long, awkward pause. The band didn’t have the music to “Dixie,” but they finally got it together and played, “Dixie.” Lincoln knew that the South was not only hurting because of the horrors of the war, but also because of the shame that accompanies defeat.

When you love, after the patterns of Jesus, caring and compassion become the cornerstone of your love. Love is not vicious or hostile. Love does not try to compound the guilt. Love doesn’t try to rub salt in the wounds of shame.   A God Notice

What have you done in your life similar to Lincoln asking the band to play “Dixie”?

Thanks to Robert Allen

Happy Birthday, President Lincoln!! You truly helped make America the great country that it is!!

In the washroom of his London club, British newspaper publisher and politician William Beverbrook happened to meet Edward

I learned thatThings don’t always turn outThe way you plannedOr the way you think they should.

Things take the time they take.Don’t worry. How many roadsdid St. Augustine followbefore he became St.

There was a man who had been suffering with a headache for several days.  Finally, he

The World I Live In