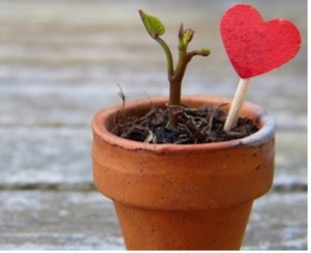 And we’ll give a hug…to the first stranger
And praise our good luck…that we kept a friend.
And then we’ll remember all that we lost
And finally learn…everything we never learned.

And we’ll envy no one…for all of us have suffered
And we’ll not be idle…but more compassionate.
We’ll value more what belongs to all…than what was earned
We’ll be more generous…and much more committed

We’ll understand how fragile …it is to be alive
We’ll sweat with empathy…for those still with us and those who are gone.
We’ll miss the old man…who asked for a buck in the market
Whose name we never knew…who was always at your side.

And maybe the poor old man…was your God in disguise
But you never asked his name…because you never had the time
And we’ll all become a miracle…and all will become a legacy
And we’ll respect the life…the life we have gained.

When the storm passes…I ask the Lord, in shame
That you return us better…as you once dreamed us.

I hope you reread this poem…and dream that you and I can be better as we embrace each other in fraternity and social friendship with arms that reach out with food for the poor, care for the earth and reverence for all of life. Amen.

This poem was written by Alexis Valdes, a Cuban actor and comedian who lives in Miami. Pope Francis liked this poem so much that he called Alexis personally to thank him. After an unsuccessful first attempt, he tried again and the second time was a charm.

Alexis says he was struck by the humbleness in which the Pope addressed him and other details that surprised him during the conversation.

“I told the Pope at the end: ‘Well, I don’t know if I’m going to disappoint you, but I’m not really a poet. I’m an actor, a comedian. I do comedy!’ The Pope retained that clarification, and at the end of the conversation, he said to me: ‘Keep on making people laugh, Alexis, it is so much needed today!’”

FOR EVERY SET BACK, GOD HAS A MAJOR COMEBACK!!