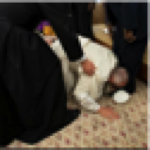 I Did It For Love

One night a young mother was very busy around the house. Twenty people were coming for dinner the next day. So she asked her six-year old son to polish her shoes that she would be wearing to church in the morning.

He did a nice job with the shoes and his mom gave him four quarters to buy candy. On Sunday morning when she slipped her feet into her shoes to go to church, she felt something inside. You guessed it. Each shoe had two quarters inside. The quarters were wrapped with a small piece of paper that read: I DID IT FOR LOVE.

Those five words, I DID IT FOR LOVE are the driving force and the horsepower behind everything that is good and worthwhile that we do in our lives. A God Flash

Today’s Gospel is short, but highly emotional. The Last Supper is just minutes away. In a matter of hours Jesus would be dead on the cross. So Jesus talks about love. Jesus talks about glory. In two sentences with only 33 words, he uses the word GLORY five times.

You and I know that life on this planet is not always peaches and cream. Every person, every family and the world as a whole has lots and lots of problems, lots of evil and lots of sinners. So with trillions of galaxies, stars and planets around, God the Father sent us his own Son to save us from ourselves and from the evil we commit.

This is how Jesus is glorified – through the sacrifice of his life on the cross. Glory = Sacrifice: a soldier on the battlefield….Jesus on the cross.

Jesus does something today in the Gospel at the First Mass that we call the Last Supper, before he even opens his mouth to talk about glory or love. Jesus kneels down and washes and kisses the feet of everyone in the room as a vivid sign of how we must serve each other.

On April 11, 2019 Pope Francis, following the example of Jesus, did something that no other leader in recorded history ever has done. At the Vatican the 82-year-old pope got down on his hands and knees and kissed the shoes of President Salva Kiir and his rival, the former rebel leader Riek Machar. Since 2013 the two of them have waged a bitter civil war in South Sudan that has killed over 400,000 people and uprooted 4 million of the country’s 12 million people.

The two leaders and everyone in the room were stunned as they witnessed this unheard of act of humility and plea for peace by Pope Francis: “I am asking you as a brother to stay in peace. I am asking you with my heart, let us go forward. There will be problems, but they will not overcome us. Resolve your problems.”

Kneeling as Jesus did to wash and kiss feet and echoing the words of Jesus, the pope continued: “There will be struggles, disagreements among you but keep them within you, inside the office, so to speak. But in front of the people, hold hands united. So, as simple citizens, you will become fathers of the nation.”

Reflect for awhile what our families, our communities, our country and our world would be like if spouses, parents, children, community leaders, corporate executives and politicians got down on their hands and knees and kissed the feet of their “enemies,” hearing the words of Jesus and the pope in their hearts. 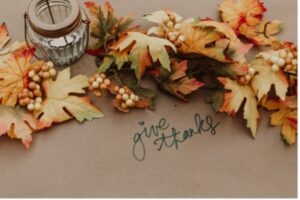