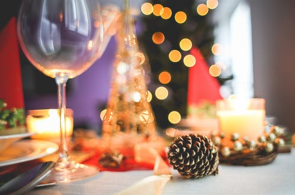 I Have No More Wine!

The Gospel this weekend is one where you can really use your imagination. You yourself can enter in and out of the Wedding Feast at Cana (John 2:1-11).

The woman, who you now recognize to be Mary, turns to her Son. She points to you as she remarks to her Son: “They have no more wine. Their wine has run out!”

The school you have been going to, is a good school, but now you are getting bogged down with the pandemic and having the students get vaccinated and tested.   The wine has run out!

Your job is an exciting job and it pays fairly well, but there are long stretches of boredom and the challenge is gone. The wine has run out!

You and your friend are still close, but little misunderstandings and COVID-19 have put some stress on the friendship.  The wine has run out!

Your marriage is good, or was good, but somewhere along the line….The wine has run out!

Your faith sustained you when things were going well, but after a death, an illness, a loss, the seclusion with the pandemic….The wine has run out!

You look in the mirror and you hear yourself say, “I have no more wine!”

Mary, the woman in the Gospel with the loud voice was right. But remember, she wasn’t talking to you. She was talking to the person next to her, Jesus, her Son, who can do something about it. And what does Jesus do?  Jesus takes what is so ordinary, ordinary water, and listens to what God the Father can do with it….Transform it into a rich wine.

You may remember Lee Atwater (1951-1991). He was a Republican political strategist who eventually became the Chairman of the Republican Party. By his own admission, Lee Atwater was an extremely ruthless man. He would find a weakness in a political opponent and he would attack him or her without mercy. Lee Atwater was the forerunner of what is going on in politics today.

But in 1990 at the age of 40, the wine ran out for Lee Atwater. The doctors told him he had brain cancer. As a result, Lee Atwater had a choice to make. He could become bitter, withdrawn into a shell, look in the mirror and say, “I have no more wine!”

Lee Atwater chose another path. Though a lifelong Lutheran, he became a Catholic. And as an act of repentance, he issued a number of public and written apologies to all the people he had attacked during his political career.

A few weeks before he died in March, 1991 at the age of 41, Lee Atwater wrote this in the February edition of Life Magazine:

“My illness has taught me something about the nature of humanity, love, brotherhood, and relationships that I never understood and probably never would have. So from that standpoint, there is some truth and good in everything.

“In fighting Dukakis, as I did so vehemently in 1988, I said ‘I would strip the bark off the little b___d and make Willie Horton his running mate’. I am sorry for both statements: the first for its naked cruelty, the second because it makes me sound like a racist, which I am not.

“After the election I would run into Ron Brown, the Democratic National Chairman. I would say hello and then pass him off to one of my aides. I actually thought that talking to him would make me appear vulnerable.

“Since my illness, Ron has been enormously kind. He sent a baby present to my new daughter Sally who was born three weeks after I was stricken. He writes and calls me regularly. And I have learned a lesson: Politics and human relationships are separate. I may disagree with Ron Brown’s message, but I can love him as a man.

“February marks my 40thbirthday – that deadline I set for achieving my life’s goals. I lie here in my bedroom, my face swollen from steroids, my body useless and in pain. I will probably never play the guitar again or run again. I can only hope to walk.

“The doctors still won’t answer that nagging question of mine: How long do I have? Three weeks? Three months? Three years? I try to live as if I have three years, but some nights I can’t go to sleep, so fearful am I that I will never wake up again.

“What power wouldn’t I trade for a little more time with my family? What price wouldn’t I pay for an evening with friends? It took a deadly illness to put me eye to eye with that truth, but it is a truth that the country, caught up in its ruthless ambitions and moral decay, can learn on my dime.

“I don’t know who will lead us through the ‘90’s, but they must be made to speak to this spiritual vacuum at the heart of American society, this tumor of the soul.”

Because he listened during his illness, Lee Atwater blossomed into something he never was before.

YOUR own times of crying are asking YOU to listen.

YOUR own times of sickness are asking YOU to listen.

YOUR own times of brokenness are asking YOU to listen.

YOUR listening has a name. It is called prayer. In order for Jesus to transform YOU like he did water into wine, YOU have to listen to God speak to YOU. This is praying  — Listening to God.

Someday, someday sooner than YOU could ever imagine, the wine will completely run out for YOU, like it did for Lee Atwater. Before that finally happens, will YOU listen to YOUR tears, YOUR sickness and YOUR brokenness and hear how spiritually rich God is calling YOU to be?

Where has THE WINE RUN OUT for YOU in YOUR LIFE?  What are YOU going to do about it?

THE TASK AHEAD OF YOU IS NEVER AS GREAT AS THE POWER OF GOD BEHIND YOU!