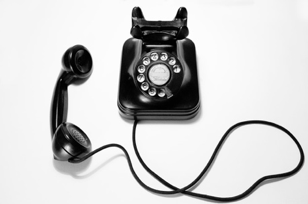 There were three brothers in a family that lived in Maryville, Tennessee.

The family was quite involved in this small community and so, as youngsters, these three brothers were forced to accompany their parents to the funeral home for the wakes of family friends whenever someone in the community died.

As the boys grew into their teen years, they began to develop biases about funerals.  For example, there was one floral display that all three of them detested.

Anyone who has ever gone to a funeral home in the rural South may have seen this arrangement. It is a wreath with a telephone in the middle of it and a ribbon fastened across it on which is printed the words, “Jesus Called.”  These three brothers disliked this particular arrangement intensely.

One of these three brothers died as a young adult after a prolonged illness.  The family was devastated. He was so young and he was a fine young man.  But now it was this family’s turn to receive friends at the local funeral home.

As you probably guessed, one of the floral arrangements that had been set up in the chapel for the receiving of friends was the one with the telephone and the ribbon with the words, “Jesus Called.”

The two surviving brothers were enraged.  Who could have sent this arrangement that they so despised to their beloved brother’s funeral?

They quickly made their way to the arrangement to read the accompanying card.  And on the card was the signature . . . of their deceased brother!  He had sent the arrangement to his own funeral as one last joke on his brothers. In a flash, the two surviving brothers’ tears turned to laughter and many smiles.

What a gift this dying young man had given to his brothers. He had looked ahead to his own departure from this world and going home to Jesus. This young man sought to make things easier for those he loved and left behind.

Thanks to King Duncan for this story.

How are YOU looking ahead to your departure from this world and seeking to leave behind many smiles on the faces of YOUR family and friends?

SOMEDAY GOD WILL NOT LOOK YOU OVER FOR MEDALS, DEGREES OR PORTFOLIOS, BUT FOR SCARS!