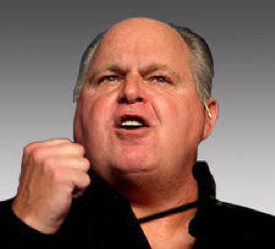 There was a fascinating conversation on Rush Limbaugh’s talk show some years ago. Having just completed Tom Brokaw’s wonderful book The Greatest Generation, a book filled with inspiring stories of the WWII generation, Rush had taken the position that the current generation of young adults, those in their 20’s, are, for the most part, a bunch of whiners.

He said that while they are constantly whining and moaning about the difficulty of their lives, in fact, when compared to the hardships faced by their grandparents’ generation, they’ve actually got it easy. Their grandparents had endured truly devastating events like The Great Depression and WWII. The current crop of young adults, he concluded, doesn’t even have a clue about real hardship.

Once Rush had finished his monologue a self-professed member of this younger generation of adults called in to offer a different perspective. Bright and extremely articulate, the 23 year-old caller said that, while The Great Depression and WWII certainly created terrible hardships for the people who faced them that he, nonetheless, believed his generation faced an even greater hardship.

Limbaugh asked, “And what exactly would that be?”

The caller said, “The loss of hope.”  He said that his experience indicated that many of today’s young adults had simply stopped believing that things were going to get better. They didn’t expect to live as well as their parents had lived. They weren’t expecting a brighter future. They have simply given up hope.

He said, The Great Depression, as terrible as it was, in many cases brought families together as they worked side by side in the hope of saving their families. Most of his friends, he said, grew up in families in complete disarray and have given up the hope of ever having a real family experience of their own.

He said, WWII was a terrible event that obviously cost thousands of Americas’ young men their lives. Then he said, and even though they knew the risks they still enlisted voluntarily by the millions because they saw it as a cause worth dying for. Most of those in his generation, he said, can’t imagine anything worth dying for and they’re committing suicide in record numbers because many can’t imagine anything worth living for.

He said, “Mr. Limbaugh, The Great Depression and WWII created terrible hardships. But I submit to you that the greatest hardship of all is living without hope.”

Thanks to Tom Marcum for sharing this.

What do YOU think about what the young man said about his generation living without hope? What makes you say that? How has the coronavirus pandemic now added to their loss of hope? What do YOU say to a young person who has lost hope because of the virus?

How would a deep spiritual life, the practice of a meaningful faith life, joining an alive faith community, and daily prayer and scripture readings assist a generation living without hope? How did these things help The Greatest Generation get through The Great Depression and WWII?

What can and will YOU do to help today’s young people who are now living without hope?