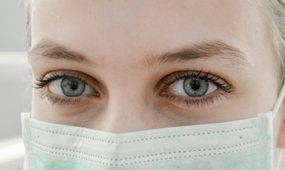 Look Into Their Eyes!

There is a legend that says many years ago an old man stood on a Virginia riverbank.

He was waiting to cross the river and, since it was bitterly cold and there were no bridges, he would have to catch a ride to the other side. After a lengthy wait he spotted a group of horsemen approaching.

He let the first one pass, then the second, third, fourth and fifth. One rider remained. As he drew abreast, the old man looked him in the eye and said, “Sir, would you give me a ride across the river?”

The rider immediately replied,  “Certainly.” Once across the river, the old man slid to the ground.

“Sir,” the rider said before leaving.“I could not help but notice that you permitted all the other men to pass without asking for a ride. Then, when I drew abreast, you immediately asked me to carry you across. I am curious as to why you didn’t ask them and you did ask me.”

The old man responded, “I looked into their eyes and I could see no love there. I knew in my own heart it would be useless to ask them for a ride. But when I looked into your eyes, I saw compassion, love and the willingness to help. I knew you would be glad to give me a ride across the river.”

The rider was touched. “I’m grateful for what you are saying,” he said. “I appreciate it very much.” With that, Thomas Jefferson turned and rode off to the White House.

Thanks to Keith Wagner for sharing this story.

What would Thomas Jefferson say today about someone elected and serving without compassion, love and the willingness to help? Have the times and human nature changed that much today? Is this the “New Normal” YOU want to pass on to YOUR children and YOUR grandchildren?

GET CLOSE TO GOD FIRST BEFORE GETTING CLOSE TO ANYONE ELSE. GOD WITHOUT MAN IS STILL GOD. BUT A MAN WITHOUT GOD IS NOTHING!