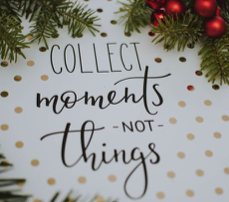 No Reserves! No Retreats! No Regrets!

In 1904 William Borden (1887-1913), whose father made a fortune in Colorado silver mining, graduated from a Chicago high school.

His graduation present was a trip around the world. Traveling through Asia, the Middle East, and Africa, Borden was really stricken by all the poverty and hunger he saw. Writing home, he said, “I’m going to give my life to prepare for the mission field.”

When he made this decision, he wrote in the back of his Bible two words: No Reserves. He wrote this because his father was unhappy with his doing mission work and took away his inheritance. His parents tried to talk him out of it, but to no avail. He graduated from Yale University. Turning down high-paying job offers, he enrolled at Princeton Seminary.

At this time, he entered two more words in his Bible: No Retreats. He wrote this after his father angrily said he would never hold a position in the family business. Completing studies at Princeton Seminary, Borden sailed for China to work with Muslims, stopping first in Egypt for some preparation. While there he was stricken with cerebral meningitis and died within a month.

Most people said, “What a waste.” William Borden’s parents thought this until they paged through his Bible. In his Bible, underneath the words No Reserves and No Retreats, he had written the words, No Regrets.

No Reserves. No Retreats. No Regrets. That was Mary’s attitude as she dedicated herself to raising her child Jesus. That ought to be our attitude too. Yes, we know it will cost us dearly. But, like Mary, we decide the cost is worth it to have Jesus with us throughout all of our life and especially with us for all eternity in heaven.

Thanks to Adrian Dielman for some of these thoughts.

What short phrases might YOU write in YOUR bible that sum up YOUR spiritual life?

JOY IS THE ECHO OF GOD’S LIFE WITHIN US!