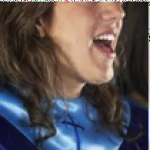 Now Thank We All Our God

There are certain hymns that we sing at church that I particularly enjoy. One of them is “Now Thank We All Our God”. I love the melody and the words are so uplifting, expressing what I feel in my heart. Knowing the history of how this hymn came to be, is even more inspiring.

“Now Thank We All Our God” was written during the Thirty Years War in Germany, in the early 1600s. Its author was Martin Rinkart, a Lutheran pastor in the town of Eilenburg in Saxony.

Eilenburg was a walled city, so it became a haven for refugees seeking safety from the fighting, much like what is happening with refugees today. The city soon became too crowded and food was in short supply. Then a famine hit along with a terrible plague. Eilenburg became a giant morgue.

In one year alone, Pastor Rinkart conducted funerals for 4,500 people, including his own wife. The war dragged on and the suffering continued. Yet through it all, he never lost courage or his faith. Even during the darkest days of Eilenburg’s agony, he was able to write this hymn:

Now thank we all our God,

with hearts and hands and voices,

In whom the world rejoices

and guide us when perplexed,

and free us from all ills,

in this world and the next.

Even when he was waist deep in sadness and destruction, Pastor Rinkart was able to lift his sights to a higher level. He kept his mind on God’s love when the world all around him was filled with hate.

Can we not do the same – we whose lives are almost trouble-free, compared with the man who wrote that hymn? A God Tap