ONE BRIDE PLUS TWO DADS EQUALS A HEARTWARMING MOMENT 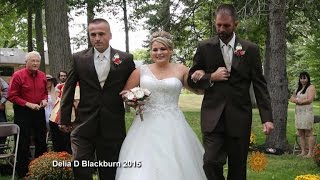 Over the past 50 years I’ve performed over 1,000 weddings. At least 70% of the parents of these brides and grooms were separated or divorced at some point in the past. Step-parents were well in attendance at the weddings. How the parents and the families would get along was the biggest worry of the bride and groom. Tensions were so high at one wedding I performed that I wore a bullet-proof vest in case gunfire broke out.

As Brittany Peck prepared for her wedding, she was caught in the middle between her biological father and the step-dad who helped raise her. There had been a bitter court battle when she was six. With both fathers having shared custody, there was still a lot of mutual ill-feeling.
What happened at Brittany’s wedding leaves me speechless and my eyes full of tears……

Forgive and forget? We all have a great difficulty doing this. One person told me: “I’m neither Jesus nor do I have Alzheimer’s.” I believe that a Divine Power was at work when Brittany’s biological father bolted from the front and went to her step-dad and said: “Come on, you’re as much a part of raising her as I have been. Come and help me walk OUR daughter down the aisle.” To see Brittany walk down that aisle arm-in-arm with both Dads – Wow!!
God is at work!!

“Holding on to anger is like drinking poison and expecting the other person to die.”
Forgiveness does not change the past, but it does change the future. 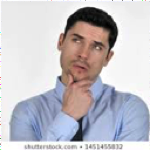 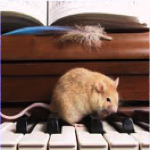 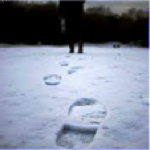