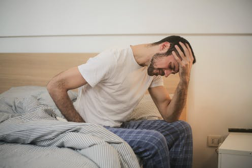 Ours is an age that is filled with demons. There is more demon possession going on in the first 20 years of this 21st century than has gone on in centuries. Most dioceses in the world have priests designated to be exorcists. And the problem is that we don’t want to mention it because demons are part of the mythical past.

We in our scientific world do not believe in demons. That is because demons are powers that take away our control and leave us at the mercy of powers outside ourselves.

So often we talk about demons and do not realize it. Drug addiction is a demon. Addicts are always speaking of being possessed by the need for their chemical demons. Heroin, cocaine, crack, meth, call them what you will, but they are still “Legion” in the battle for human souls.

I remember visiting one young man in a trailer park who called me in desperation. When I arrived and looked at his face, I thought I was looking at the face of Satan. Maybe I was. Because of the drugs he had taken, he said that he has been wrestling with the devil all night.

Power is a demon. And it not only affects individuals. There are people who must have power to prove their worth, to be the all-powerful political influence over a nation. Nations seek to control their own people without a sense for the need of justice and mercy. And when that power rises to a crescendo, we see the results in a Hitler or the Klu Klux Klan, who thrive on hatred and instilling fear in people.

Illness is a demon. Just consider what the COVID-19 virus has done to our nation and our world this past year. Mental illness is still just as powerful and divisive as ever. It comes as a curse, and we treat its victims as pariahs to be shunned and isolated. The word cancer can make us squirm with discomfort and fear. We sometimes run away rather than offer our support and care. Alzheimer’s and dementia are such cruel demons to families.

Greed is a powerful demon, threatening to make us slaves of want. Avarice has always been one of the deadly sins, but today the desire to have and to hold is something that many in our society prize and encourage. Possessions and things are often more important than people. There is a mansion for sale in Bel Air, California. It has 105,000 sq. feet of living space, 42 bathrooms and 21 bedrooms. The asking price is $350 million.

No matter how successful a sports figure is or how many billions someone earns in business or investments, is this the epitome of what a human being strives for on earth….To live in a $350 million mansion? Is it sufficient to say, “Hey, it’s their call, they earned it, they can do whatever they want with their money?”

As the Gospels remind us, the demons that went after Jesus are legion. The demons that are present in our world today are legion as well. Demons enslave individuals, destroy families, nations and release the very worst in us. So often demons capture and enslave people. You and I  know people who are in denial about the demons that control them.

The only way we can hope to cope with these demons is to come face to face with Jesus who can drive the demons out. We must be willing to sit at his feet as did his followers to gain the grace and the strength to overcome the demons that come our way.

SOME PEOPLE WILL NEVER LIKE YOU BECAUSE YOUR SPIRIT IRRITATES THEIR DEMONS.

What demons are YOU dealing with? Do you go to Jesus for his help with your demons?