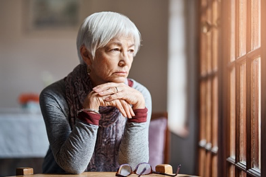 Regret. It has powerful strength to trouble our hearts. Some of our most painful regrets are for opportunities lost. As John Greenleaf Whittier said:

Of all sad words of tongue or pen.
The saddest are these: It might have been!

How many people go under a dark cloud by thinking, even momentarily, of the person they almost married, the investment they almost made, the position they nearly won.

But for every person who is filled with regret for an opportunity lost, there is another who regrets a deed done, a word spoken, a relationship consummated. These are the stories of decisions made, of tempers lost, of conversations that cannot be re-called. Here are deeds-sometimes sinful ones, but often only erratic or misguided ones – that have changed the course of a life and have left a person with a crushing burden.

“I’d give anything,” a man or woman says, “absolutely anything, if I could take back that one day of my life.” Regret. It can eat at your inward being like the most malevolent cancer, destroying by the inch and the hour.  And there is no surgeon’s knife, no radiation or chemical that can reach it.

Yet, regret can refine and improve character as only a skilled teacher can do. There are few great saints who have not possessed a high capacity for regret. Effective regret is the growing edge of godliness. But the key word is “effective!”

Saul of Tarsus knew something about regret. His regret was so strong that it surfaced in the midst of a wondrous recital about the resurrection of Christ. As he listed those who had seen the resurrected Christ, he continued, “last of all…he appeared also to me. For I am the least of the apostles, unfit to be called an apostle, because I persecuted the church of God.”

One of the greatest regrets in life is being what others would want you to be, rather than being yourself.

There are two kinds of guilt: the kind that drowns you until you’re useless, and the kind that fires up your soul to make a real difference with your life.

What regrets have followed YOU throughout YOUR life? Do YOU feel that your GUILT has drowned YOU or fired up YOUR soul to make a real difference with YOUR life?

BE SO BUSY LOVING GOD, LOVING OTHERS AND LOVING YOUR LIFE, THAT YOU HAVE NO TIME FOR REGRET, WORRY, FEAR OR DRAMA!

Over the past three years, I thought I would hear more often from readers and podcast listeners. I have been hoping for more of a dialogue with my readers and podcast listeners. I rarely hear from anyone, but I often meet people who let me know they are reading it or listening. About the only posting that got much of a response was after the mother who would not let her daughter participate in a Black Lives Matter march. Then the mother lied to her daughter and went herself to the January 6th insurrection in Washington, DC. The daughter saw her on TV. When I published that story, it got a good response. I feel that many other Daily Treats are equally as cutting-edge, insightful and controversial, but I get no response.

Last year I got an email from a man who said that it was one year ago that day that he had been sober. The year before I had published the Ann Landers letter from an alcoholic who listed all the ways that his drinking had destroyed his life, his family and others around him. That Daily Treat the year before was enough for him to go to Alcoholics Anonymous and begin a life of sobriety.

“I just wanted to say what a great reflection this morning was. I have shared it with many people already on both sides of the aisle.”  — Mike

“Well said…..may this be the beginning of a reconciliation for America….We need it.” — Vince

“We both read and discuss your messages, but I must admit, today you left us speechless!!! January 8, 2021. ‘If I Were the Devil.’ Somehow you managed to touch all bases and say all the things that have been burdening our minds and discussions these past few months. Thank you, Thank you!”  — Ron & Gail 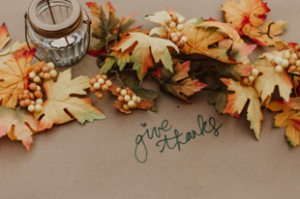