The Cross You Carry

WOW! If we really listen to Jesus’ words today and dwell on them, it’s amazing that Jesus has as many followers as he does. He is saying that we are to love him MORE than our mother and our father, our sons or our daughters. How many of us can honestly say we love Jesus that much?

Getting to heaven will mean accepting what Jesus accepted – the Cross. “Whoever does not take up his cross and follow after me is not worthy of me,” Jesus goes on to say. The Cross is the sign of a true follower of Jesus.

The Cross of Inconvenience. There was an elderly nun who prayed and prayed for a young nun in her community who was having doubts about her vocation. The elderly nun prayed that the young sister would see that she was wanted and valued. She prayed that God would give her the strength to overcome her doubts.

But she never went, at any time, to talk to the young sister. She never inconvenienced herself to tell the young nun how much she was appreciated and loved. When the young nun left the community, she was upset that her prayers were not answered. But she never took up the Cross of Inconvenience. She left things up to God.

So often we do the same. We see someone down or depressed. We pray for them, but we don’t go out of our way to speak to them. We are not praying as a cross-bearing Christian. I pray for world peace, but I do not openly forgive someone who hurt me. So how can God bring about peace on earth? The Lord is counting on me to back up my prayer for world peace by inconveniencing myself and forgiving another person.

The second cross Jesus asks us to carry is the Cross of Witness. It is difficult to carry this cross because we live in a world of conformity. Conformity sends teenage girls in search of diets and teenage boys in search of gyms and steroids. We all want to be like everyone else.

I was in Chicago a few years ago for a week. I ate out in restaurants with friends six nights in a row. Each time we bowed our heads, joined hands and said grace. But the people who were at the table with me were uncomfortable ending the meal blessing prayer with the Sign of the Cross at the table. Why? Conformity. Be like everyone else in the restaurant!

A boyhood friend of mine went into the Army during the Viet Nam war and knelt at his bed every night to say his prayers. For months he endured hoots and catcalls and shouts, “He wants his mama!” By the time boot camp ended, every man in his platoon had come to him to ask about a problem or two they were having. He wound up being the most respected person in his platoon.

The third cross is the Cross of Martyrdom – not the “wet” martyrdom of shedding out blood, but the “dry” martyrdom of surrendering our security. When I was talking to my friend Fr. Roland from Delray Beach, Florida, he shared with me that he and 13 of his Eucharistic Ministers from his parish travel twice a year to work among the materially poor Haitians. Not only do they GIVE Communion in South Florida, but they also ARE Communion. They give hope to the poorest of the poor. They pick up the Cross of Martyrdom and carry it to the needy.

In her book, Out of Africa, Isak Dinesen tells the story of a young man from the Kikuya tribe who worked for her on her farm for 3 months. He suddenly announced that he was leaving her to go to work for a Muslim man nearby. Surprised, she asked him if he was unhappy with her.

If this young man lived among us and saw how we acted and how we treated each other, whose disciple would he choose to be – Jesus or Mohammed?    What reasons do you give for your answer?

When a severely wounded soldier was out of surgery, the doctors said that there was a 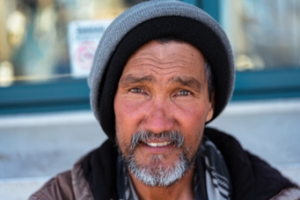 The City of Big Shoulders, a.k.a. Chicago, Illinois, was the last major city to have an “Ugly Law.” 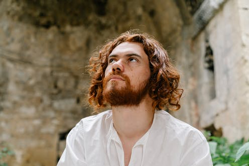 The people who hung Jesus on the cross never accused him of being a bore. On