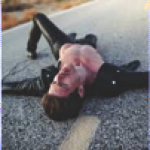 The Love That Counts….

One hot Friday afternoon it was bumper-to-bumper traffic on the expressway. In the midst of all the gridlock, a woman’s car stalled in the middle lane. Soon there was a chorus of horns honking.

No one was more frustrated than the woman herself. Finally she got out of her car and walked back to the car behind her. She said to the driver: “I’m sorry, but I can’t seem to get my car started. If you would please go and give it a try, I’ll stay back here and blow your horn for you.”

Good Samaritans! We all need them at various times in our lives. Today we again hear the Parable of the Good Samaritan (Luke 10: 25-37). Every time we hear the story, stereotypes come to mind: Three bad guys – the lawyer, the priest, and the Levite….and one good guy – the Samaritan.

I think it’s time to rescue this Gospel from stereotypes and hear the real message – a message that applies to our lives today.

Let’s start with the lawyer. He’s really a good guy. He’s not trying to trap Jesus or make a fool of him. Jesus was an itinerant rabbi and people asked him questions. The lawyer was asking Jesus a standard question. In response, Jesus tosses the question and the answer back to his audience. Then he tells them a story about a man going from Jerusalem to Jericho who was robbed, beaten and left for dead.

The first person to come along is the priest. The priest is a good guy. The priest was charged with ministering to the people and offering the sacrifice in the temple. In those days the priest was their social security, welfare ticket and Medicare all wrapped up in one. People depended on him.

But there were things that would have prevented him from doing his job. One was to come within 30 steps of a dead person. If he did that or touched a dead body, he was ritually unclean and would be suspended for some time from helping people and offering the sacrifice.

So the priest sees a man lying there who may be dead as far as he can tell. He’s faced with an ethical and a moral question: “If I go over there to help and he’s dead, I’m unclean and suspended, useless to my people.” All would agree with his decision.

Jesus comes along and suggests that the priest made a good decision, but there was a better one he could have made. Jesus offers compassion and love as factors the priest should have
considered and acted upon.

This same dilemma happens to many of us today. Doing business today often forces us to act in ways that are hurtful or inhumane – to close the deal, to make X amount of dollars, to make the deadline. People are treated as objects: “You’re fired!” But is good business the only measurement? To be compassionate often doesn’t make good economic sense. That’s the way love and compassion are – Love often doesn’t make any sense!!

Another good guy is the Levite. He wasn’t a priest. He was more like a deacon or the head of the parish council. He probably thought: “Well the priest went by the man and didn’t stop, and he’s the boss, so why should I stop?”

So we have another contemporary problem – If the person in authority over you makes a decision, then you just follow orders. “I’m only the Levite, don’t blame me!” But Jesus comes along and says, “That kind of thinking will lead to more camps like Auschwitz, more Enrons and more Church molestation scandals. That kind of thinking is not good enough! There is a better way.”

Finally there is the Samaritan. He no doubt identified with the body, because figuratively, that was what he was – an Outcast! He could touch the body 50 times and be no worse off. The Jews already hated him because he was unclean.

The Gospel of Jesus is Radical….To not live like other people all the time is Radical and costly.

They did not show the compassion that the Samaritan did.

For centuries we’ve been stereotyping the lawyer, the priest and the Levite as bad guys. But they were three fine and honest people.

The first question the priest and the Levite asked themselves: “If I stop to help this person, ‘What will happen to ME?’”

The first question the Samaritan asked himself: “If I don’t stop and help this person, ‘What will happen to HIM?’”