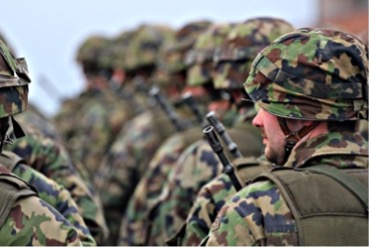 The Power of Belief!

Today we remember and honor our veteran soldiers who have risked their lives to give us the unbelievable freedoms that you and I enjoy and take for granted every day in this country.

There was a young soldier who lost his legs in battle. Something died within this young man when he found he would never walk again.

One day another patient of the hospital strolled in and sat down on a chair near the bed. He drew a harmonica from his pocket and began to play softly. The patient looked at him for a second, then back to the ceiling. That was all for that day.

The next day the player came again. For several days he continued to come and to play quietly. One day he said, “Does my playing annoy you?” The patient said, “No, I guess I like it.” They talked a little more each day.

One day the harmonica player was in a jovial mood. He played a sprightly tune and began to do a tap dance. The soldier looked on but was apparently unimpressed. “Hey, why don’t you smile once and let the world know you’re alive!” the dancer said with a friendly smile.

But the legless soldier said, “I might as well be dead as in the fix I’m in.” “Okay,” answered his happy friend, “so you’re dead. But you’re not as dead as a fellow who was crucified two thousand years ago, and He came out of it all right.”

“Oh, it’s easy for you to preach,” replied the patient, “but if you were in my fix, you’d sing a different tune.” With this the dancer stood up and said, “I know a two-thousand-year-old resurrection is pretty far in the dim past. So maybe an up-to-date example will help you to believe it can be done.”

With that he pulled up his trouser legs and the young man in the bed looked and saw two artificial limbs. The tap-dancing fellow with the harmonica was not simply a Pollyanna. He once lay where that young soldier now lay. He himself had known the power of a resurrection.

He had learned to live life abundantly–even without his legs. Needless to say, the young soldier’s own resurrection began that moment.

Say a prayer today for all of our brave men and women who are serving us with honor around the world.

WHEN LIFE KNOCKS YOU DOWN ON YOUR KNEES, YOU’RE IN A PREFECT POSITION TO START PRAYING!!