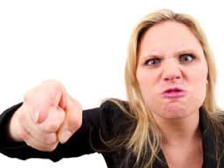 In today’s Gospel (John 10:1-10) Jesus presents himself as the Good Shepherd. The Good Shepherd calls his own sheep by name. He leads them. This shows us that Jesus knows each one of us by name. Jesus has a special and unique relationship with each and every one of us.

In our ever increasing Information Age you and I have become little more than numbered people: checkbook numbers, social security numbers, driver’s license numbers, plus all the computer passwords and numbers we are forced to use every day. We have all been reduced to numbers and letters.

When we watch the reports and the news about the coronavirus victims, a big part of the screen is filled with numbers – the number of the people who have contracted the virus in countries throughout the world, in our country and in each of our states. We see the numbers of those who have died because of the virus in each country, our country, and in each state.

All of the numbers keep rising. Once in a great while the commentator will talk about a person or two that has died because of the virus. The rest of the people – are simply numbers, numbers to be put on the screen, in coffins and be buried or cremated with only a couple of people present.

In the concentration camps of World War II Hitler had numbers tattooed on the arms of Jews and others. These prisoners were not human beings with names, but faceless, impersonal numbers. It makes it easier to hate and then to kill numbers or categories, doesn’t it? THOSE Jews, THOSE Germans, THOSE Japanese in World War II.

A hundred years ago in our own country it was – THOSE Italians, THOSE Irish, THOSE Poles, THOSE Catholics, THOSE Blacks. Today we do the same with categories and numbers – THOSE Muslims, THOSE Mexicans, THOSE Illegal Aliens, and now with the pandemic, we can add THOSE Asians and THOSE Chinese.

There is an Old Riddle in the Jewish Talmud that asks: “Why did the Tower of Babel fall? The Answer: Because the leaders of the project were more interested in the WORK than in the WORKERS.

When a brick for the Tower would fall and break, the owners were upset and bewailed the loss of a brick. But when a worker fell to the earth from exhaustion, they were ignored. God destroyed the Tower of Babel not because it was reaching toward heaven, but because they were more interested in the bricks than in the bricklayers.

The same thing is true today in corporate America where the only thing that matters are “the bricks” on the bottom line. The quarterly and yearly reports are all that really counts to management and stockholders. Today, with the coronavirus, when it comes to the safety of the workers…….?

The Old Riddle from the Talmud highlights the basis of rejection, prejudice, racism, and persecution. It reduces so many people to numbers and categories, making them abstractions, not knowing their name and calling by name. I know a bishop in the United States who when he visits the parishes in his diocese, refers to the pastor of the parish as, “Father Pastor” and the principal of the school as “Sister Principal.” He does not even use their names!

This past year I have seen more than my share of medical personnel. Once in awhile someone will ask, “How OLD are you?” I get the feeling that I am being reduced to a category – OLD!

Jesus in today’s Gospel will have none of the above. Jesus knows his sheep and he calls each of them by name. Each and every person matters to Jesus. The sweetest sound in the world to each one of us is to hear someone say our name out loud.

To overcome prejudice, to overcome putting people into categories is to learn to SEE as JESUS SEES, to KNOW people as JESUS KNOWS people and to FORGIVE others as JESUS FORGIVES them.

This means seeing people as individuals, people with a name and a history – to be more interested in the BRICKLAYER than the BRICKS.

There was an old sheep farmer whose neighbors’ dogs were always killing his sheep. It got so bad he knew he had to do something. As he saw it, he had 3 options: 1. In the true American spirit, he could sue and bring his neighbors to court. 2. He could build a stronger and a higher fence so his neighbors’ dogs could not get in.

But he chose 3. He gave 2 lambs to his neighbors’ children. In time those lambs grew into sheep and had other sheep. The neighbor and his children got to see sheep, not as an impersonal herd, but as fuzzy animals with individual traits. The children gave each of them names. Before long, the dogs were put into pens.

Who are the people you tend to label as THOSE people? What makes you say that?