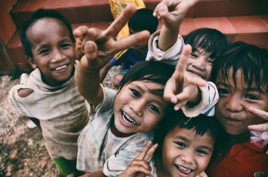 We Are All God’s Children!

That God does not compare or rank God’s own children seems to be a point almost impossible for us to grasp, because we live in a world which ranks and compares people.

People are seen as more intelligent, or less intelligent, more beautiful or less beautiful, more successful or less successful, and we have convinced ourselves that God’s love must do the same. When he hear someone else being praised, it is difficult not to think of ourselves as less praiseworthy.

We see people getting awards, and trophies, and prizes, and we cannot avoid asking ourself: why did that not happen to me?

When, all our lives, we grow up in a world filled with grades, and scores, and statistics, we learn either consciously or unconsciously that we must measure up. It is then that we are just like the elder brother in the Prodigal Son story and joy flies right past us because we are bent on comparing.

With the estimated 25 million protest marchers in 2020 and many more millions watching on TV, God’s children were and are, doing a lot of comparing and ranking, one to another.

God does not compare his children and rank them. And though intellectually we can get this in our minds, on a pure emotional level, we find it almost impossible to accept.

Thanks to Brett Blair for these thoughts

Which of God’s children have YOU been comparing yourself to as of late? How would YOU feel if God said that you had to spend all eternity with them?

GOD’S LOVE IS SO GREAT THAT GOD LOVES EVEN THE FLAWED, THE REJECTED, THE BROKEN, THE PROUD, THE SELFISH, THE ARROGANT AND THE WICKED.