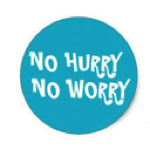 Jury Duty! Have you ever served on a jury? I never have. I understand that when they do the jury selection, they can ask you some rather interesting questions. One day the judge asked a potential juror: “If you were picked for this jury, do you think you could follow the instructions?” The man replied with a twinkle in his eyes, “Why yes, I think I can, your honor, I’ve been married for more than 40 years.”

Following instructions is very important in life. Whether you are baking a cake, taking a driver’s license test, or building a house – you’ve got to follow the instructions.

Following instructions is also important in living life. Jesus, on this First Sunday of Advent, is giving us very important instructions on how to live: “Be aware that your hearts do not become drowsy from carousing and drunkenness and the anxieties of daily life, and that day catch you by surprise like a trap….Be vigilant at all times and pray that you have the strength to escape the tribulations that are imminent and to stand before the Son of Man” (Luke 21:25-28, 34-36).

Jesus is telling us that one of the biggest delusions in life is to think that there is plenty of time. There is an interesting fable about 3 apprentice devils who were coming to earth to finish their apprenticeship. They were talking to Satan, the chief of the devils about their plans to tempt people and ruin their lives.

The First Apprentice said: “I’ll tell them there is no God!” Satan replied, “Go on, only a few people are going to fall for that. Most people know there is a God.”

The Second Apprentice said: “I’ll tell them there is no hell.”

Satan was not thrilled with that idea. “People aren’t going to fall for that,” he said. “Most people think there is a hell.”

The Third Apprentice said: “I’ll tell people THERE IS NO HURRY!”

“Go! Go!,” said Satan. “You will ruin millions of lives. The most dangerous illusion is: ‘There is plenty of time!’”

One of the saddest days of our lives was when we learned there was such a word as TOMORROW. There are things in life that must not be put off, for no one here knows for sure if tomorrow will ever come. What are those things that come to mind? A personal relationship with Jesus, talking and listening to him as a close friend. So often our prayers are like Christmas cards. Someone else drew the picture. Someone else wrote the words. Yet we send them as our own. Jesus asks us: “Who do you say that I am?”

Another thing that must not be put off is resolving any deep and burning anger that is within us. Lots of us, myself included, walk around with unresolved anger inside of us against our parents, our boss, a relative or a co-worker. This anger inside of us is never fully resolved. The saddest part is that it can literally burn forever. We can take it to eternity with us, and I do not need to tell you where that is.

The third thing that must not be put off is to have a deeper relationship with our spouse and family. A deep question a spouse might ask after years of a marriage is: “What do I really mean to you?” Years ago I met and talked to a motivational speaker who for years traveled the country talking to high school students in school assemblies. In his second talk he would ask the students to write down on a piece of paper one question they wanted to ask their parents but never did. He told them to not sign their names.

The most asked question from the teens was: “Mom, Dad, do you really love me?” The second most asked question was, “Mom, Dad, did you really want to have me?” Parents do so much for their kids, yet their kids walk around with these unanswered questions. A parent must figure out a way to communicate the deep, deep love they have for their child, so their child truly feels loved and wanted.
There was a new arrival in heaven and he was going down Main Street. He saw a Suggestion Box. He said to someone, “I thought everyone is supposed to be happy in heaven, why is there a Suggestion Box?”

The long-time resident of heaven replied: “Because some people aren’t happy unless they are complaining about something!”