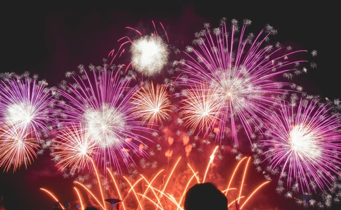 Why America Is So Great!!!

One day a historian from the United States asked a former president of Argentina why South America with all of its tremendous natural resources of iron, copper, silver and gold….its great rivers and forests is so far behind the United States in development?

When I visited Plymouth Rock, Plymouth Plantation and Colonial Williamsburg I witnessed how our founding fathers and mothers put God first in their lives, building churches and setting aside Sundays as a strict day of prayer, worship and rest. To be founded on God and the bedrock of our faith makes all the difference in the world for our nation, our families and ourselves.

Today our nation struggles with democracy, our unique form of government, the laws of our land, Supreme Court decisions and the integrity of our elected officials.

But it all boils down to the words of the former president of Argentina: “Do those who shape and form our democracy today come in search of gold or in search of God and human freedom?”

“Not until I went into her churches and heard her pulpits aflame with righteousness did I understand the secret of her genius and power.

“America is great because she is good. If America ever ceases to be good,

America will cease to be great.”

In today’s Gospel (Mark 6:1-6) Jesus goes into his own country and town and says: “A prophet is not without honor, except in his own country, and in his own house, and among his own kindred.” Is America today ceasing to be good?  Are a majority of Americans welcoming Jesus into their hearts and into their homes?

Do YOU spend most of your life seeking financial gain or seeking God?

TRUTH IS MORE IMPORTANT, FREEDOM IS MORE COMPLEX, AND JESUS IS MORE LIBERATING THAN YOU THINK!