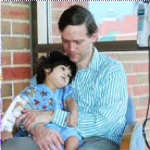 You Are a Walking Miracle

Two religious order nuns in their habits were on their way to work in a local nursing home where they were nurses. Their car ran out of gas and they were stranded along a busy highway.

They decided to walk to a nearby gas station for gas, but they had no container in which to put
the gasoline. One of the nuns remembered a bedpan she had put in the trunk of the car. So she filled it at the gas station and carefully carried it back to the car.

Just as the nuns were carefully pouring the gasoline from the bedpan into the gas tank, a family drove by and the occupants stared in disbelief. Finally, the father blurted out, “Now that’s what I call an act of faith!” A God Provide

So what do we do? Turn to anger? Turn to booze, food, shopping or endless TV viewing? How about faith? How about Jesus?

In today’s Gospel (Luke 17:5-10) , Jesus says, “If you have faith the size of a mustard seed, you would say to this mulberry tree, ‘Be uprooted and planted in the sea’ and it would obey you.”

Faith is the greatest force in the world, greater than hurricanes or bombs. That which looks completely impossible, becomes possible if it is approached with faith. If we approach something and say, “It can’t be done,” then It won’t be done. If we approach something and say, “It must be done,” then it will be. Before I started Rainbows for children in single-parent homes or Joyful Again! for the widowed, I simply said, “It must be done,” and it was!

Notice that when we pray the Our Father, we say, “Thy will be done.” We don’t say, “Thy will might be done,” or “Thy will can’t be done.” No task that we do is approached alone. God is with us with God’s tremendous power. This is what faith is all about. The man standing in line next to me at the baths in Lourdes said that my sciatic pain would be cured in God’s time, and it was!

In Latin, the word “miracle” can mean a sign or a billboard, little signs or reminders. God cares about every detail in our lives. God delights in giving us what our hearts desire. God even supplies all the billboards along the way to remind us.

Our faith keeps telling us that God is bigger than our problems. God is capable of resolving any challenges we encounter along our way. Empowered by God, each and every one of us can become a walking miracle. A God Nod

One of my favorite true stories is about a surgeon in a large hospital who had a habit of insisting on a few minutes alone before every operation. He had a great reputation. A young doctor who worked with him wondered if there was a connection between his unusual time alone and his great success as a surgeon.

When he asked the surgeon, he replied, “Yes, of course. Before each operation, I ask the Divine Physician to be with me and to guide my hands in their work. There are times when I don’t know what to do next in surgery. Then a Power comes over me, a Power I know comes from God. I would not think of performing an operation without first asking God for help.” The surgeon’s reputation continued to spread.

One day, a father brought his very sick daughter to the hospital. He insisted that the only doctor who he would allow to touch his daughter was the one who worked with God!

You too are a walking miracle, someone who works with God.