You Can Be Better Than This

You may have heard about the man who died. St. Peter told him he had a choice. He could either go to heaven or to hell. Of course, the man wanted to go to heaven.

“Not so fast,” said St. Peter. “You get to spend a day in each place and then decide.” So the man went down to hell. It had plush carpets, a full-service bar, and a magnificent golf course. Everyone was talking nicely.

When he went to heaven it seemed okay, but not as attractive as the other place. So he told St. Peter he wanted to go to the first place. When he got back to hell, everything had changed. It was muddy, the food was terrible, and everybody was arguing and growling with each other.

So the man asked Satan what was going on. The devil replied: “A few days ago we were campaigning, but now the elections are over!”

Politicians know that they are addressing dissatisfied people. The question is: “Where does that deep sadness and dissatisfaction come from? And if our abundant and open society does not satisfy us, what will?”

Today’s Gospel shows us the answer (John 4:5-42). Jesus meets a woman at the well who is very unhappy. She’s tried five different husbands and none have made her happy. The surprise is that she is not completely jaded or cynical.

Jesus says something to the woman that causes her to allow him to change her life. Jesus tells her that he knew she was living with a man outside of marriage and that she had been married five times before this. Jesus lets her know that she is continuing her sinful ways. This all of a sudden causes the woman to change her life.

Why? It doesn’t make sense that she would be so impressed with the accusation of a Jewish man. There had to be something more here. The more had to be in Jesus’ tone of voice. His tone of voice had to convey his concern for her. She had to feel that Jesus was talking to her as a person and not an object of scorn as many men would do.   A God Touch

Jesus’ tone of voice must have said to her, “My dear woman, YOU CAN BE BETTER THAN THIS!” Jesus speaks to her heart and the woman’s heart turns to him.

“YOU CAN BE BETTER THAN THIS!” That phrase has been bouncing around in my head as of late, and not as something I say to others, but as something I say to myself: “I CAN BE BETTER THAT THIS!” I can be better than a society that seeks fulfillment in material possessions and condemns itself to the meaningless acquisition of stuff. I can be better than spending my time attacking people who are backing politicians who think differently than I do.

I think the real problem here is that you and I see sin as either MORTAL or SUPERFICIAL. We’ve done away with Venial Sin. So if we haven’t committed a mortal sin, we think we’re not that bad. We don’t see the pain we are inflicting on others by our words or our deeds that we judge to be superficial sins, at worst. We tell ourselves that all we’ve done is stub our toe. We didn’t amputate our foot through a mortal sin.

Maybe some of the reasons way I am not better than this is that I have not really tried to be better. My temper, my lack of patience, my bad language on the road pops up again and again because I am not convinced that I can be better than I have been.

So often when we’re involved in sin, we don’t go to Confession because we’ve given up the fight and we feel we aren’t able to avoid the sin in the future. Maybe we are selling ourselves short.

Jesus transformed the woman at the well because he was concerned about her. He wanted her to be the best person she could be. He told her she could do it. The woman heard his message resoundingly in her heart. She was determined to change her life and she wanted to shout out and tell the world that she had found and encountered the Messiah.

This is why Catholics seek the Sacrament of Reconciliation during Lent. We know that Jesus loves us and cares for us individually. He wants us to be better and his love transforms us.

The people in the town saw how the woman had changed. For the first time they saw her filled with a lasting joy. She was very convincing. But then the townspeople met Jesus themselves and they became followers of Jesus.   A God Alert

It is not what I or any preacher says about Jesus that matters. All that matters is Jesus himself. We are all followers of Jesus. And Jesus tells you and me that we can be better than we are. His overpowering love gives us the courage to change our lives and to embrace his life.

“YOU CAN BE BETTER THAN THIS!” Jesus says to you and me in a tender, warm voice of love. How in your own life do you see sin as either MORTAL or SUPERFICIAL? 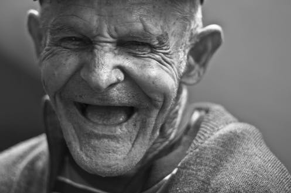 Laughing Through Your Pain!

Will Rogers was known for his laughter, but he also knew how to weep. One day he 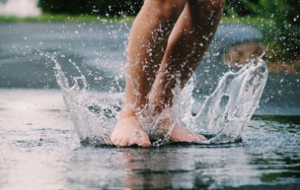 Running Through the Rain!

A woman went shopping at Wal-Mart with her six-year old daughter. It was pouring outside. They 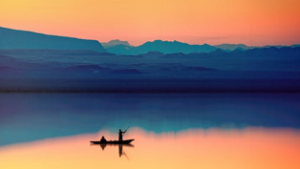 Can You See God?

A young boy approached his slightly older sister with a question about God. “Susie, can anybody ever really 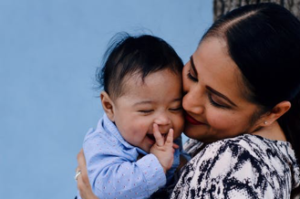 One Day a Year Is Not Enough! 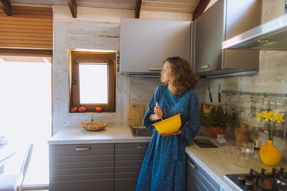 One evening a stay-at-home mom had to go to a three-hour PTA meeting at school. With