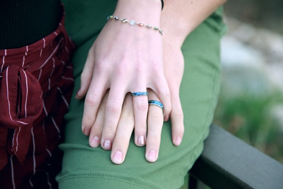 What do we do when others get grumpy with us or start fights with us? How do we react when someone insults us or is nasty with us? It is hard to believe that almost half of all marriages end in divorce. Two people come to the altar and promise to love one another. Yet they wind up shouting insults at each other as they march off to divorce court.

In today’s Gospel (Matt 18: 15-20) Jesus tells us to try a different approach. He tells his disciples, “If your brother sins against you, go and tell him his fault between you and him alone.” According to Jesus, when we get hurt wehave the responsibility to set things right.

Why? Because we are the one who is suffering. While we are spending sleepless nights waiting for an apology, that nasty person is sleeping soundly. They might not even know that they hurt us or really care that we are hurting. So Jesus says, “Don’t wait for the person to come to you. Tell him he hurt you.”

I know a young couple who had been married for three months. It was Saturday afternoon. The husband tells his wife that he was going to pop into church for confession. Before he left, she said: “Wait a minute.” She started writing things down on a list. He assumed that she was making a grocery list for him to pick up things. She kept writing and writing.

Finally he said, “Honey, I’ve got to go. The priest is going to stop hearing soon.” She added a few more things and gave him the list. When he got in the car he glanced at the list. It wasn’t for groceries. It was a list of things he should mentionin confession! The worst part was that she was right on all of the sins she put on her list.

If the other person will not listen, Jesus says to call in two or three witnesses. Let the witnesses confirm how you were hurt. I know a man who was forced out of a partnership. Bitter and broke, he took it out on his wife and kids and became critical of his church. Finally, two members of his church spoke to him and told him how his behavior was hurting his family and the church. The man listened and realized how he was wrong. He apologized to his family and friends. He accepted his church members’ help in finding a new job. If nothing happens, Jesus says, “Tell the church.” Couples sometimes go to talk to a priest.

Jesus tells the person who got hurt to take the initiative. The person who got hurt has to say, “You hurt me.” Years ago I was eating alone at the rectory. In the old days we had a great cook named Amelia. I had had a tough day and after she put the food on the table she wanted to talk. I brushed her away. I wanted some peace and quiet. After supper when I got back to my room Amelia buzzed me. “You hurt me!” There was a pause before I admitted that I had hurt her. “Are you sorry?” There was a much longer pause before I said I was sorry.” “Well I forgive you,” she said as she hung up the phone.

Jesus says in the Gospel that if nothing happens and we are still hurt, “Well then treat them like they were a Gentile or a tax collector. Does this sound tough? Look at the way Jesus treats Gentiles and tax collectors……

Jesus asks the Samaritan woman for a drink of water. When she asked why a Jew would ask a Samaritan woman for a drink of water, he talks to her about her six husbands and her sins. He gives her living water. He touches the depths of her soul with kindness and love. As far as tax collectors….Jesus calls Matthew the tax collector to be his disciple. “Come be with me, share my ministry, get to know me, be my friend. Jesus won over people who were offensive and sinners with kindness.

People criticized Abraham Lincoln mercilessly for saying good things about his enemies, especially the leaders of the South during the Civil War. Lincoln’s response: “The best way to destroy an enemy is to make him your friend.”

When we listen to Jesus’ words and take them to heart, we realize that this is not the way we usually act. I have a priest classmate who likes to quote G.K. Chesterton, “Christianity is really great. It would be wonderful if someday people would try it!”

Think of a time when you told someone that they really hurt you by what they said or did. What was the end result?