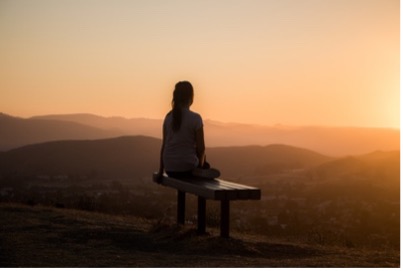 Listening to Our Souls!

During the Nazi occupation of France during the Second World War, a group of Jesuit theologians who were resisting the occupation published an underground newspaper, Cahiers du Temoignage Chretien, which had a famous opening line in its first issue: “France, take care not to lose your soul.”  That brought to mind a comment I once heard from Peter Hans Kolvenbach, then the Superior General of the Jesuits.  Speaking of globalization, he commented that one of the things he feared about globalization was the globalization of triviality. Fair warning!

Today we are witnessing a trivialization of soul within the culture.  Few things are sublime anymore, meaning few things are soulful anymore. Things that used to have deep meaning are now related to more casually. Take sex, for instance. More and more (with a few churches being the sole holdouts) the culture believes that sex need not be soulful, unless you want it to be and personally invest it with such meaning.

For example, I recently heard an argument in which someone downplayed the moral seriousness of a teacher sleeping with one his students with this logic: what’s the difference between this and a professor playing a game of tennis with his student? His point?  Sex needn’t be special unless you want it to be special. What makes sex different from a game of tennis?

Only someone dangerously naïve does not see a huge soulful difference here. A game of tennis does not touch the soul with any depth. Sex does, and not just because some churches say so. We see this when it is violated.

Freud once said that we understand things most clearly when we see them broken. He’s right, and nowhere is this clearer than in how sexual violence and exploitive sex affect a person. When sex is wrong, there is violation of soul that dwarfs anything that ever results from a tennis game.  Sex is not soulful because some churches say so. It’s soulful because it’s connected to the soul in ways that tennis isn’t.

Ironically, just as the culture is trivializing society’s traditional view on sex as innately soulful, persons working with those suffering sexual trauma are seeing ever more clearly how exploitive sex is on a radically difference plane, in terms of soul, than playing tennis with someone.

However, it’s not just that we are trivializing the soulful; we are also struggling to hear our souls.  It’s noteworthy that today this warning is coming not as much from the churches as from a wide range of voices from agnostic philosophers to Jungian analysts. For example, the leit motif in the writings of the agnostic philosopher of soul, James Hillman, is that the task of life is to live soulfully and we can do that only by truly listening to our souls. And, he submits there’s a lot at stake here. In a book entitled, Suicide and the Soul, he suggests that what sometimes happens in a suicide is that the soul, unable to make its cries heard, eventually kills the body.

Depth psychology offers similar insights and suggests that the presence in our lives of certain symptoms like depression, excess anxiety, guilt disorders, and the need to self-medicate are often the soul’s cries to be heard.  James Hollis suggests that sometimes when we have bad dreams it’s because our soul is angry with us, and suggests that in the face of these symptoms (depression, anxiety, guilt, bad dreams) we need to ask ourselves:  “What does my soul want from me?”

Indeed, what do our souls want from us? They want many things, though in essence, they want three things: to be protected, to be honored, and to be listened to.

First, our souls need to be protected from violation and trivialization. What lies deepest inside us, at the center of our souls, is something Thomas Merton once described as le point vierge (the “virgin point”).  All that is most sacred, tender, true, and vulnerable in us is housed there, and while our souls send us constant cries wanting protection, they cannot protect themselves. They need us to protect their point vierge.

Second, our souls need to be honored, their sacredness fully respected, their depth properly recognized. Our soul is the “burning bush” before which we need to stand with our shoes off, reverent. To lose that reverence is to trivialize our own depth.

Soul is a precious thing worth protecting. It’s the deepest voice inside us, speaking for what’s most important and most soulful in our lives, and so we need ever to heed the warning: take care not to lose your soul.

Fr. Ron Rolheiser, O.M.I. is one of our finest spiritual guides and writers today. This article of his appeared on December 13, 2021. Fr. Ron gives us much to consider regarding our soul, the spirit that defines who we are and how and where we will spend our eternity.

How are YOU protecting, honoring and listening to YOUR soul so as to not lose it?

WHEN GOD COMES INTO YOUR LIFE, GOD LIGHTS A CANDLE IN YOUR SOUL!!

Do encourage people in your faith community to subscribe to TreatsfortheSoul.org.
And please listen to my Daily Podcast.

My Last Day on Earth!

There was a man who claimed to be the most accurate fortuneteller in the world. A man

Just a Cup of Cold Water!

Today, the First Sunday of Advent, is the only Sunday in Advent when we will hear