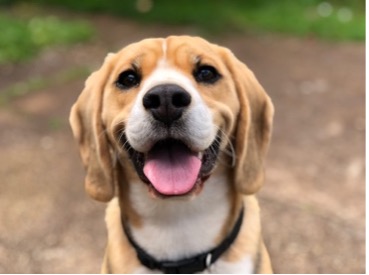 When I write these Daily Treats or when I get up to preach, I really have to watch what I say all the time.  Am I offending all those people who no longer believe in Truth, Justice and the American Way? Will the pastor then tell me my services for saying mass and preaching what Jesus taught are no longer needed in the parish?

I then asked the students what kingdom I BELONGED TO. There was silence. One young man raised his hand and said: Animal. A few of the students giggled. A girl in the first row raised her hand and with a firm voice said: The Kingdom of God.

BOTH students were correct – I belong to the Animal kingdom AND I belong to the Kingdom of God. That dog in the courtyard had many human traits that I do. He can pout, he can get excited, he has a good appetite, he likes to be hugged, and he can whine.

But that dog does not fully understand time. He does not grasp that there is a point beyond which he will no longer be alive. Only humans can fully grasp time and death. That dog cannot tell right from wrong, no matter how much training he receives. It is not within him to share. His limited mind cannot set goals. All of these belong to humans and are human traits.

The miraculous and wondrous thing about me and all humans on earth is that we can RISE ABOVE purely animal habits and desires and become a part of another kingdom – the Kingdom of God.

Hopefully tomorrow, everyone in our country will or will already have voted in the election. On the day after the election and for many days, months and years to come, we will see what kingdom we really belong to – the Animal kingdom, OR the Kingdom of God? As Jesus says, “By their fruits you shall know them” (Matt 7:20).

By what we do and by what we say after tomorrow’s election, will we and those in our country more resemble an Animal or will we be a Child of God, making God’s Kingdom present here on earth? The choice is yours and mine. At 79 years of age, will I ever see Truth, Justice and the American Way come my way again?

MY LIFE IS FILLED WITH BROKEN PIECES AND MANY BAD CHOICES.  IT’S ALSO FILLED WITH A MAJOR COMEBACK, PEACE IN MY SOUL AND GOD’S GRACE THAT SAVED MY LIFE!