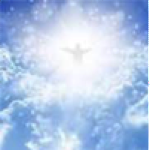 What God Will Say to You

Long before God created our world and the billions of people who would live on earth, God was planning the salvation for every person.

While we were only an idea in God’s mind, God already knew what gifts he would give us and what each of us would do with our lives. God knew that with our freewill we would say NO to him again and again with our sins, be they big or little ones. God knew that he would have to bail us out. So every detail of our salvation was spelled out before creation took place.

But when God finally sent his Son Jesus to save us, he sure seems to have done it without much planning. There weren’t any reservations made in Bethlehem. A vacant stable had to be found at the last minute. And a few days later an escape to Egypt had to be made to save the child’s life. Years would go by before King Herod would die and Mary, Joseph and the child could go back to Nazareth. How normal did life ever become for them?

It is only when Jesus was 30 years old that we hear about his life and his activities. It seems that Jesus never heard of a travel agency. He just goes from town to town and crashes wherever he can. When you read through the Gospels, it sounds like he is “playing it by ear.”

There doesn’t seem to be an Organization Game Plan by his heavenly Father. Don’t kid yourself. There was. The life of Jesus was precisely planned. Every detail was worked out by his Father in advance.

Jesus himself might not have been able to always figure out what was going to happen next. Don’t forget, Jesus was human in addition to being divine. He often did not know what tomorrow would bring.

Since he was one of us, he could not see the future very clearly. He knew he was meant for something BIG, like dying on a cross, but his Father often left him in the dark. How else can you explain Jesus going off to pray all the time. A God Whisper

Only when his life on earth was all over and done with did Jesus fully see the Father’s great wisdom behind all that happened in his life.

How does your life seem today? Are you just going from one thing to the next….with there never being enough time? You make great plans, to accomplish this, to enjoy that, to visit there. But it doesn’t always seem to work out.

There’s an illness, a death, a recession. Your life gets put on hold. You do your best, but somehow you wind up in your final years wondering what happened. Where did all the time go? The final curtain is about to come down and you feel that you haven’t even gotten started.

I bet Jesus felt that way. He was hanging on the cross dying. He felt he had failed. He had hardly gotten started doing his Father’s business.

But then comes the Resurrection. He had 40 more days to get something done. Forty days is not a lot of time. And now he finds himself at the day of his Ascension – a few precious moments left with his friends. Just a few final words of encouragement (Luke 24:46-52). Then it’s over! He’s gone! The Father has called him back to heaven.

What do you think the Father said to his son Jesus when he ascended back home? “Well, you sure botched that one! After all my planning, you sure made a mess down there! If I hadn’t come through at the end of the day and raised you up from the dead, this whole Messiah and Salvation thing would have been a disaster!”

Do you think that this is what the Father said to Jesus when he ascended to heaven?

No! I think the Father said to Jesus: “Well done, my dear Son! I couldn’t have done it any better myself!!”

And what do you think the Father in heaven is going to say to you and to me someday when we feel we did not accomplish very much in our lives as we mull over all the problems we left behind?”

“Well done!! My dear son! My dear daughter! I couldn’t have done it any better myself!!” 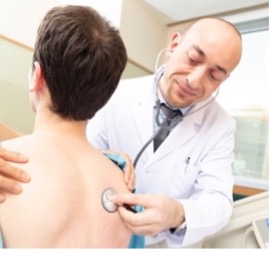