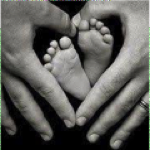 On this Mother’s Day I am reminded of the story about a mother’s only son who was going off to the university. As a good and loving mother, she was most concerned about her son’s well-being. So she wrote this letter to the president of the university where her son was going:

“Dear Sir: “My son has been accepted for admission to your university and he soon will be leaving me. I am writing to ask that you give your personal attention to the selection of his roommate.

“I want to be sure that his roommate is not the kind of person who uses foul language, tells off-color jokes, smokes, drinks, or chases after girls. I hope you will understand why I am appealing to you directly. You see, this is the first time my son will be away from home, except for the three years he was in the Marine Corps.”

Only a mother could write a letter like that. Thank God there are mothers like that. For a mother has the hard and difficult job of loving her child totally and unselfishly, and yet has the task of letting go.

In today’s Gospel (John 10:27-30), I feel that Jesus identifies himself with mothers when he says: “My sheep hear my voice. I know them, and they follow me. I give them eternal life, and they shall never perish. No one can take them out of my hand.”

A mother gives birth not only to an earth-bound human being, but to a child with a soul who is destined to live in love with God forever.

Jesus saw himself as the Good Shepherd, who so loved his sheep, that he gave his own life for them. This is how Jesus loves you and me – completely and unconditionally, laying down his own life for us.

So often we think that love is meant to give us happiness, as when we fall in love. The truth of the matter is – love may well bring us a lot of pain. Love is rarely, if ever, on our own terms.

When the Good Lord was creating mothers, he was into his sixth day of “overtime” when the angel appeared and said: “You’re doing a lot of fiddling around on this one.”

And God said, “Have you read the specs on this order?” She has to be completely washable, but not plastic. Have 180 moveable parts…all replaceable. Run on black coffee and leftovers. Have a lap that disappears when she stands up. A kiss that can cure anything from a broken leg to a disappointed love affair. And six pairs of hands.”

The angel shook her head slowly and said: “Six pairs of hands…. no way.”

“It’s not the hands that are causing me problems,” God remarked, “It’s the three pairs of eyes that mothers have to have.”

“That’s on the standard model?” asked the angel. God nodded.

“One pair that sees through closed doors when she asks, ‘What are you kids doing in there?’ when she already knows. Another here in the back of her head that sees what she shouldn’t but what she has to know, and of course the ones here in front that can look at a child when he goofs up and say. ‘I understand and I love you’ without so much as uttering a word.”

“God,” said the angel touching his sleeve gently, “Get some rest tomorrow….”

“I can’t,” said God, “I’m so close to creating something so close to myself. Already I have one who heals herself when she is sick…can feed a family of six on one pound of hamburger…and can get a nine-year old to stand under a shower.”

The angel circled the model of a mother very slowly. “It’s too soft,” she sighed.

“But tough!” said God excitedly. “You can imagine what this mother can do or endure.”

“Not only can it think, but it can reason and compromise,” said the Creator.

Finally, the angel bent over and ran her finger across the cheek.

“There’s a leak,” she pronounced. “I told you that you were trying to put too much into this model.”

“You are a genius,” said the angel.

Somberly, God said, “I didn’t put it there.”